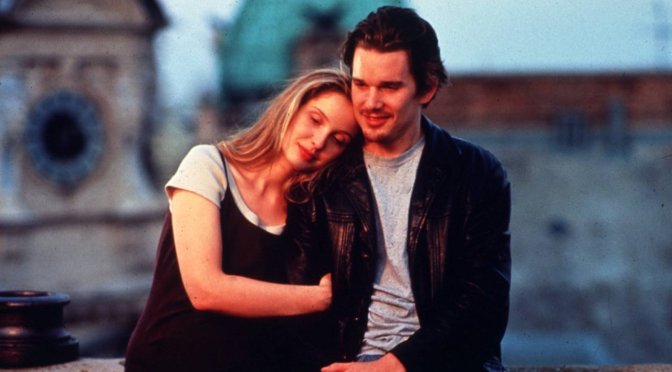 We would like to apologise for being so quiet over the last few weeks, and we are hoping to be back to something approaching normality very soon. In the meantime, here are site editor James Diamond’s picks for the best films on free-to-air television this week.

It’s been our film of the day before, but there are horrendously slim pickings tonight. Watching it will help any poor unfortunate father whose family fell for the terrible ‘get your dad Die Hard 5 for Father’s Day’ marketing ploys. Talking of terrible films, one of the very worst I’ve ever seen is on True Movies 1 at 9pm: Runaway Car. It’s like Speed but with a family saloon car, and starring Judge Reinhold.

Another less than thrilling line-up of films today, but Andrew Niccol (writer of The Truman Show and writer/director of Gattaca) has crafted an interesting tale plotting the rise and fall of an international arms dealer. The film features an uncharacteristically subtle performance from Nic Cage, and one of the best opening title sequences of recent times. You’ll want to punch Jared Leto in the face more than normally though.

Charlie Sheen stars in the last great Jim Abrahams (co-creator of Airplane and The Naked Gun) film, which has the rare distinction of being better than the film it is lampooning (the horribly overrated and criminally boring Top Gun). Averages about 33 and a third laughs per minute, and features a scene-stealing performance from Lloyd Bridges.

This film is everything that is good and frustrating about Quentin Tarantino. It’s essentially four great scenes surrounded by over-the-top violence and immaturity, but what incredible scenes! Christoph Waltz commands your attention for every microsecond he is onscreen, and Michael Fassbender excels in one of my choices for Best Movie Bar Scenes

Arguably the most feted of David Fincher’s films (although Se7en still pips it for me), the first rule of writing about Fight Club is to reference the famous first rule of Fight Club. Check. You can also watch Fincher’s Panic Room beforehand at 9pm.

In the oddest piece of scheduling I’ve seen for some time, the family-friendly POW/football crossover hit Escape to Victory is on at 3am on ITV1.

The perfect Saturday night film, and the first of John Carpenter’s outstanding 80s collaborations with Kurt Russell. In the not-too-distant future (1997, to be precise) New York has become a no-go area teeming with criminals and led by a scary Isacc Hayes. When Air Force One crashes in this no-mans-land, the military send career criminal Snake Plisken in to rescue the President. Timeless action.

For the three of you who still haven’t seen it, Oldboy is also on Film4 at 1.40am.

Quite simply one of my favourite films about love, featuring a brilliantly cocky-yet-vulnerable performance from Ethan Hawke and a please-God-marry-me turn from Julie Delpy. Basically a 90 minute dialogue between two strangers who find themselves sharing a day and night in Vienna, where nothing much happens, but the protagonists are changed forever. Watch this, hunt down the sequel Before Sunset, then count the days until Before Midnight is released next month.