This week Owen gives us a run down on his favourite 5 films from 1973. A year in which Nixon is inaugurated for his second term as President of the USA despite the ongoing Watergate scandal, in a blow to male chauvinists everywhere, Billie Jean King beat Bobby Riggs in a game of tennis, and one of the Premier League’s greatest midfielders ever, Claude Makelele, was born. Oh, and some film stuff happened too.

“Don’t think. FEEL. It’s like a finger pointing at the moon. Do not concentrate on the finger or you will miss all of the heavenly glory!”

What a year for Bruce Lee’s finest film to fall on. Almost any other year in the 70’s and this would be either 1st or 2nd choice.

From the opening bout between Lee and a young Sammo Hung, to its climactic and iconic hall of mirrors scene, this kung-fu classic delivers on just about every level. Charisma oozes out of Lee like blood from Jackie Chan’s face (true fact: Lee actually smacked Chan in the face with a stick in this film). Although he died before its premiere, it’s often the film most people will think of first when asked to name a Bruce Lee movie (not a fact: I may have made that up.)

The plot focuses on 3 central characters; obviously Bruce Lee being one of those; the other two are Roper, a tough, gambling, debt-ridden American played by John Saxon; and Williams, an African American martial arts master played by Jim Kelly. They are invited to take part in a fighting tournament on an island by a mysterious fellow called Han. Lee’s role is to find evidence of Han’s criminal ways, (human trafficking, opium peddling, murder and so on) but instead, he ends up fighting him. YES! Result.

It is truly the master of all kung-fu films, influencing everything from Jackie Chan and Jean-Claude Van Damme films, to computer games and cartoons for years and years after. Fantastic choreography on the fight scenes, particularly a huge brawl in which Lee dispatches about 50 henchmen, with uber cool characters and a memorable score too. It’s brilliant. 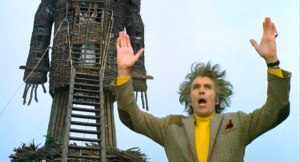 “Sergeant Howie: And what of the TRUE God? Whose glory, churches and monasteries have been built on these islands for generations past? Now sir, what of him?

Lord Summerisle: He’s dead. Can’t complain, had his chance and in modern parlance, blew it.”

Of the small batch of the “folk-horror” sub-genre of films that came into existence in the mid-late 60’s to its near demise in the mid 70’s, films such as Witchfinder General and Picnic at Hanging Rock, there were none greater than The Wicker Man. Laden with accolades and awards despite being a fairly obscure film for many years, Robin Hardy’s British horror is one of the most influential of its kind not just from this whole decade, but of any decade.

It tells the story of a devout Christian Scottish policeman, played sublimely by Edward Woodward, who answers an anonymous letter from Summerisle, a small, coastal and isolated island. A young girl has gone missing, Sergeant Howie plans to get to the root of the problem.

The Wicker Man is one of those films that no matter when you see it; young or old, in the 70’s, 80’s 90’s or 00’s, it will still have an impact on the viewer. The fact it relies on generating this eerie atmosphere, thanks in no small part to Christopher Lee’s unnerving performance as the pagan Lord of Summerisle, is what helps it to stay quite fresh. Because the plot takes place on a remote island with a community walled off from the rest of the world, it also seems quite a believable story. It could happen, right? There could really be this community of mostly naked, fire dancing, underrage drinking, premaritall shagging, all night partying, free spirited people …. actually, it doesn’t sound so bad, does it?

Wait, before you rush off to TripAdvisor looking for the best deal on the nicest sounding Scottish coastal island you can find, it’s probably worth noting the whole sacrificing business these fictional pagans get up to. It seems to put a bit of a downer on Sergeant Howie’s trip, in any case. Makes for a fantastic film, though.

Mulhall: I don’t want to hear about it.

Buddusky: ‘Maggot’ this, ‘maggot’ that… Marines are really assholes, you know that? It takes a certain kind of a sadistic temperament to be a Marine.”

One of Jack Nicholson’s finest performances. And there have been a few! The Last Detail is just one of those films that makes you realise how incredible and versatile an actor he really is. Not to take anything away from Randy Quaid as the young offender ‘Meadows’, who is being escorted to prison by two experienced naval officers, Nicholson (Buddusky) and Otis Young (Mulhall). Meadow’s is a great character and Quaid is a good actor, but all 3 of the main cast together are fantastic. They each bring something different to the table, something unique about their characters and their performances.

The main theme that runs through The Last Detail is one of ‘justice’. Not so much what’s right, but what each of them in turn consider to be ‘just’. Whether it’s the scoffing when they learn that Meadows is being sent to prison for 8 years just for stealing $40, or as the journey progresses and Buddusky tries to give Meadows his last taste of freedom. It doesn’t really try to make you think about what’s right and wrong, more that it implies if you have any sense of justice then how much should Meadows be entitled to. Is it just that Buddusky and Mulhall’s characters are overcompensating for their lack of freedom (Otis constantly expresses how much he loves the Navy, it could be implied that he’s lying to himself or trying to convince himself of it) or is it because they genuinely feel that Meadow’s deserves to live a little before his life is ruined over nothing much at all?

It’s an entertaining film that has a lot of points to make, with some really good, complex characters and one of those classic film journey stories.

Sidney Lumet’s biopic of 60’s New York cop Frank Serpico (Al Pacino) who stood up to the corruption within the police force is undoubtedly one of his finest achievements. And this is a director who has also made Network, Dog Day Afternoon and 12 Angry Men!

Serpico falls during an unrivalled run of exceptionally high quality films and performances by Al Pacino. The Godfather (72), Serpico (73), The Godfather: Part II (74) and Dog Day Afternoon (75) is just an incredible run of movies. Four straight years, one amazing film after the other. All of them are films almost any other actor would kill to have been a part of. Not only that, but they’re his 4 best performances too. I can’t think of a single film he’s starred in that’s better than any of these.

Pacino is sometimes mocked for becoming something of a parody of himself in his later career. Honestly, I didn’t really think much of his performance in Heat. But when you watch him at the top of his game, such as he is as Frank Serpico, it honestly doesn’t matter. He could only ever appear as a cross eyed, dress wearing, window licker of a sidekick to Rob Schneider in every film for the rest of his career, it won’t matter as he’s still going to go down as (quite rightly) one of the greatest actors of all time.

Oh, and, erm, the film is pretty good too. 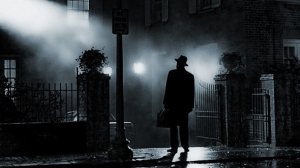 “There are no experts. You probably know as much about possession than most priests. Look, your daughter doesn’t say she’s a demon. She says she’s the devil himself. And if you’ve seen as many psychotics as I have, you’d know it’s like saying you’re Napoleon Bonaparte.”

Yes, the greatest film of 1973 is none other than box office record breaking demonic possession horror, The Exorcist. Famous for having ambulances parked outside the cinema ready to rescue those viewers who would pass out from fright or scream themselves to death (maybe)! It does mean that Mean Streets, Westworld and the final Planet of the Apes film (pre-Burton) miss out, but how could they hope to compete with such an immeasurable success as this?

When I first watched The Exorcist as a young ‘en, it was at my mate’s house. Most of my friends at the time had already seen the grainy VHS copy that had been passed around school, and were all scared half to death by it. When I finally got around to watching it, I seem to remember it being a bit silly, not very scary and quite frankly hilarious.

Oh, the folly of youth! Having since then rewatched The Exorcist a few times (including one ill fated attempt at watching it on an outdoor screen on a freezing cold night in a park in Reading) I can safely say it is one of the most terrifying, disturbing and powerful horrors ever committed to film. It never just goes straight into the more gruesome bits, as some might expect. It builds tension and suspense slowly, spending a good chunk of time developing the characters before dumping their situation in front of you.

It’s the gradual realisation that an exorcism is their only hope, and the way it’s portrayed in the characters of the mum (Ellen Burstyn) and the priest/psychiatrist (Jason Miller), both generally rational people, is extremely well written. The transformation that Linda Blair, who plays the unfortunate possessed young girl ‘Regan’, goes through during this process broke the mould of every film that came before it. Not only is it the fact that what’s happening to a young girl that causes the audience such distress, but the sheer brutality and offensiveness of it was like nothing anyone had seen.

I’ve always had a slight problem with the ending. I think it’s slightly let down by how suddenly the pace of the film quickens and then stops very sharply; but it’s only really a problem because the rest of the film is at such an already high standard. It is one of the most well written, properly scary and important horror films ever created. A must for any fan of the genre.