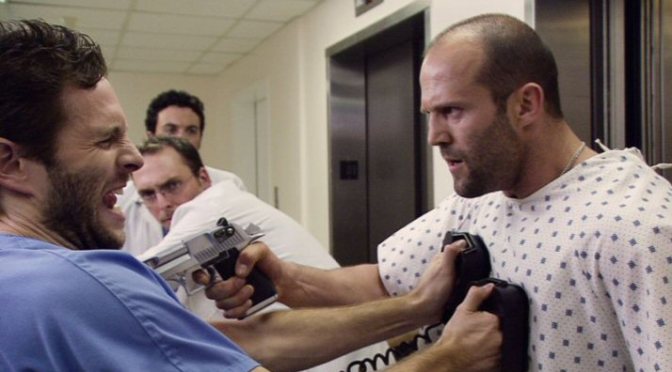 Sam Raimi and Bruce Campbell reunite for the sequel to the groundbreaking original. This film is a funnier, and less ‘nasty’ movie than Evil Dead, and for me is the best of the trilogy.

A little like this month’s Pain & Gain, Crank is a film you need to watch having left your morals and conscience at the door. It’s an exploitation film featuring racial stereotypes, an unhealthy view of women, and a protagonist named Chev Chelios (The Stath in fine form). If you can get past that though, it’s simply one of the most relentless and entertaining action films of the last ten years.

Directed by David Fincher from a script by Aaron Sorkin, everything about this ‘biopic’ of Facebook founder Mark Zuckerberg is stylish and brilliantly realised. Great central performances from Jesse Eisenberg, Justin Timberlake, and Armie Hammer keep the audience engaged in what is essentially a film about computer programmers squabbling. Gripping stuff.

This earned bronze in Best of 2012 choices, and here’s what I had to say about it:

“This is one of those documentaries that hammers home the cliché that truth really is stranger than fiction. It tells us the story of a young French man who impersonated a missing 13-year-old boy from Texas, ensconcing himself within the family home and their community with tall tales of being trafficked by the military. What makes this film more than a weird Channel 5 documentary is its innovative use of recreated flashbacks and, most importantly, interviews with the people at the centre of this strange situation – including the con-man himself. A true story that plays out like a Coen Brothers thriller, this film really has everything.”

Quite simply one of the finest films of the last decade, and an example of what Guillermo del Torro is capable of with the right script (I’m looking at you, Pacific Rim).

One of the great forgotten action thrillers of the nineties, this was written by Shane Black at the height of his powers and earning potential. The film’s underwhelming box office performance had a huge effect on him though, and he didn’t have another script produced for nine years (Kiss Kiss, Bang Bang, which he directed himself). Geena Davis stars as a housewife with no memory of her Jason Bourne-esque former secret agent career, until her life is threatened. It is also director Reny Harlin, and co-star Samuel Jackson’e favourite film of their long careers.

Rob Reiner’s adaptation of Stephen King’s short story is perfect Sunday afternoon viewing with the family. A coming of age story that hits all the right notes of rebellion and nostalgia and still fits into a sub-90 minute running time. Great stuff.