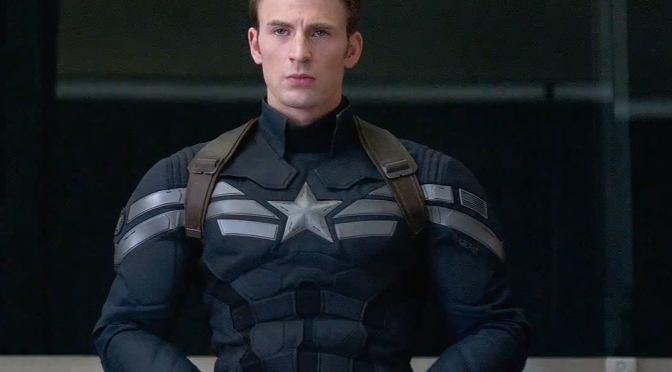 I liked the first Captain America. I mean, I really liked it. The attempt at welding a war film onto a modern superhero popcorn flick was appreciated because they got so much right – capturing the essence of Steve Rogers and summoning memories of Raiders of the Lost Ark into the bargain. But I fully appreciate that this isn’t a view shared by everyone. If you’re one of those people, the good news is that we’ve got the obligatory origin story out of the way now. The better news is that this film replaces the war component with an espionage thriller, with largely successful results. The even better news is it may well be the most important Marvel film to date.

Captain America was a little underused in Avengers if I’m honest. Maybe that was because he was the last Avenger to get his own standalone film, but I felt he was often relegated to comic relief for not understanding present day references. If you’ve seen the deleted scenes you’ll know that there was originally a lot more focus on him having to adjust to modern life, and that these were cut for pacing but with a promise that the theme would be expanded in Winter Soldier. The problem with that is, he’s been in the modern world for a while now – long enough that he greets every new popular culture recommendation with a weary smile and a fresh entry in his notepad.

Not long enough, however, to fathom the extent to which liberty itself has been devalued. The film wastes little time in getting to the crux of the story – freedom has a high price, and S.H.I.E.L.D. isn’t prepared to pay it in the present climate. Of course, this directly conflicts with the very notion of what Cap was created for, and it makes for an effective analogy in these NSA-monitored times. But this is nothing compared to what happens next – a betrayal of enormous proportions rips the organisation apart, and Cap must decide who of his new-found compatriots he can trust.

The main issue facing anyone writing a Captain America film is the same as that facing a Superman writer – the character is cinematically boring, someone who will never have a moral dilemma because you know he will always choose the right path. Winter Soldier sensibly averts this problem by pairing Rogers with a strong ensemble cast who bring a moral flexibility – and therefore a welcome uncertainty – to proceedings. Even if we know he will always do the right thing, the same can’t be said of Black Widow or Nick Fury. Alongside the regulars is Falcon, a character familiar to Captain America readers and one who, I must confess, I wasn’t sure would work in this setting but absolutely does. This is due in large part to a winning performance by Anthony Mackie who brings a healthy dose of humour and sarcasm to proceedings.

There’s no getting around the fact that the less you know about the film, the more you will enjoy it. There are certain items that stuck in the craw a bit – the villain reveal was a bit silly to my mind, and its daftness will almost certainly be chalked up to being in the original comic storyline (it isn’t). Happily the ramifications are much, much greater than the mechanism itself, and this is swiftly forgotten in the ensuing political melee. There is a box-ticking final 20 minutes of fighting. Cap’s new helmet makes his ears stick out and he looks stupid. And his discovery of the Winter Soldier’s identity is dragged out a little long for my liking, despite the actor and character being prominently displayed in advertising up to this point and also the fact that this is a faithful translation of the story arc (I should point out that my non-comic reading partner thought this was well-paced though, so this may have been impatience on my part).

It sounds like I didn’t enjoy this film. That’s not the case. I loved it. But I can’t tell you why, because it would spoil the myriad twists and surprises that Winter Soldier has in store. If you’re not a fan of the Marvel Cinematic Universe, you might enjoy it anyway for the mix of action and espionage. If you are a fan, you can’t afford to miss it because the reverberations from this film will echo around the MCU for a good while…and you should definitely not leave before the lights go up.

Carole will watch most types of film and particularly anything starring Nicolas Cage, leading to her firmly-held belief that The Wicker Man remake is the funniest comedy ever produced.  She hates Grease.