The second entry into our weekly round up of all the weeks film news worth knowing about, as per Steve’s wont. Fury and sadness abound.

Only a short time ago we learnt of the sad and tragic death of Robin Williams. We have already paid tribute to him on our podcast but such a fine actor is worthy of being paid homage to in writing as well.

If you are, like me, in your mid to late 20’s you will have first come across the fast paced and quick witted actor in family films Jumanji, Mrs Doubtfire, Hook and as the voice of the Genie in Disney’s Aladdin.

A great comedian capable of improvising at the drop of the hat his roles brought joy and laughter to millions.

But he could act as well. He won an Oscar for his role in Good Will Hunting and put in stellar performances in the likes of Dead Poets Society, World’s Greatest Dad, Good Morning, Vietnam and Insomnia.

Williams was a versatile actor who could play a number of roles across a range of genres and was genuinely up there among the best in his craft.

On Failed Critics we made the decision not to discuss the reasons behind a person’s death a long time ago as frankly it is none of our business. However my thoughts and the thoughts of everyone associated with the website go out to Robin Williams’ family friends and anyone close to him.

Batman vs. Superman vs. Captain America

The big news coming out of the world of comic book movies this week is that Warner Bros. have bottled going head to head with Captain America 3 and moved forward the release date of Batman vs. Superman: Dawn of Justice.

You cannot blame them really. Marvel are having a roaring success with their comic book movies with pretty much everything they touch turning to gold, Guardians of the Galaxy the newest in a long stream of examples.

Perhaps though the biggest mistake is moving it to come out before Caps next outing. Come the release of the first Avengers third instalment everyone will have stopped talking about Bruce Wayne and Clark Kent. If they had released it after CA3 it may well have had the same effect. 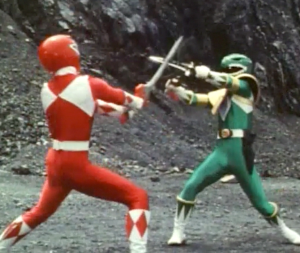 2016 will not only see Batman, Superman and Captain America return to the screen but the Mighty Morphin Power Rangers as well.

If it is at the same level as the Transformers and Teenage Mutant Ninja (or Hero, depending which side of the pond you hail from) Turtles movies then it will be yet another part of my childhood ruined.

No not Nick Fury, although I would forgive you for thinking that after all the comic book chat.

The David Ayers/Brad Pitt World War 2 film will bring the curtain down on the October festival in the UK capital.

It looks more Band of Brothers/Saving Private Ryan than Pitt’s last venture in to Nazi occupied Europe in Inglorious Basterds. Also starring Michael Pena and Shia the Beef it looks set to be a cracker.

However the film did draw criticism for filming scenes with people in full Nazi garb on Remembrance Day last year.

Next week, Steve will return to give us another round up of the latest in film news.