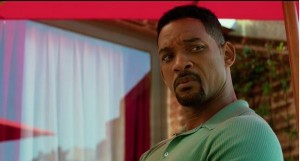 The team also craftily knocked out reviews for two other new releases before climaxing with 50 Shades of Grey, as Will Smith’s latest con-film Focus, as well as mind-bending time-travel thriller Predestination also get the once over.

They also somehow found room to squeeze in an extra couple of reviews. Paul filled us in on Korean revenge film I Saw The Devil (as reviewed in the Half Decade In Film article this week); Owen got slightly topical with space-hopping sci-fi Virtuality; and our pal Matt welcomed Die Hard and Enter The Dragon to the party.

Tune in again next week to hear less innuendos, in addition to the results of our Academy Award prediction quiz.

For your chance to win a few crumby randomly selected second hand DVD’s that we no longer want, simply comment on this article with your picks for each of the 11 categories below! The winner will be the entrant with the most correct guesses. In the event of a tie, the winner will be chosen at random. The term ‘winner’ is used lightly.