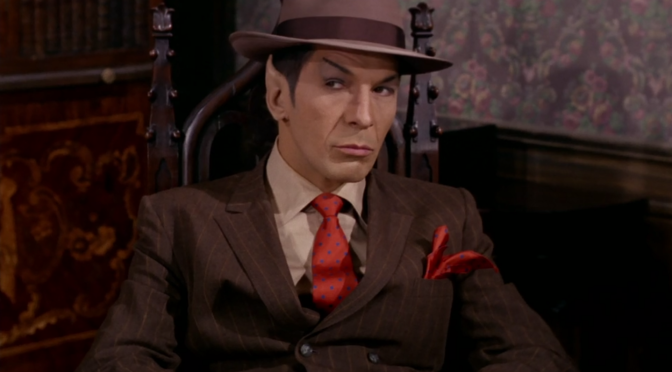 We are assembled here today to pay final respects to our honored dead. And yet it should be noted that in the midst of our sorrow, this death takes place in the shadow of new life, the sunrise of a new world; a world that our beloved comrade gave his life to protect and nourish. He did not feel this sacrifice a vain or empty one, and we will not debate his profound wisdom at these proceedings. Of my friend, I can only say this: of all the souls I have encountered in my travels, his was the most… human.

We kick off the podcast with Owen putting a price on Steve’s head after he forced Owen to watch c-list celebrity horror/revenge/thriller-spoof Kill Keith as a result of losing last week’s quiz. Andrew sparks another debate on BBFC’s system after controversial indie movie Hate Crime was refused a rating, before leading on a review of the brand new release and genuinely creepy horror movie, It Follows.

In honour of Leonard Nimoy who sadly passed away this week, the trio get together for a Spock-inspired triple bill which was as shambolic as ever. As I’m sure everyone is already aware, during Star Trek II: the Wrath of Khan, Mr Spock sacrifices himself to save his captain and friend James T. Kirk. Thus, the team each pick their three favourite film characters who die and then come back to life.

Join us again next week as the team will reunite to review Neill Blomkamp’s action sci-fi movie Chappie. Until then, live long and prosper.

6 thoughts on “Failed Critics Podcast: Leonard Nimoy, It Follows and a Game of Soggy Critics”