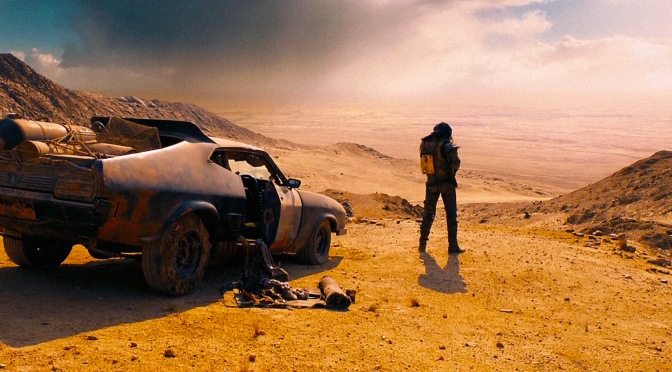 Pitch Perfect 2 beat Mad Max: Fury Road so I guess society is completely fucked or something, Age of Ultron has only just now passed $1 billion so Marvel are completely fucked I guess, people are still voluntarily giving money to Far From The Madding Crowd, and Other Box Office News.

This weekend, two female-driven – and, at least according to the fact that the film itself bills Charlize Theron above Tom Hardy, female-fronted – blockbusters/tentpoles made a combined opening weekend of $114 million between them.  If you, for some literally inexplicable reason, still thought prior to this weekend that female-fronted and female-targeted films just can’t make any money, then this should finally piledrive that stupid, moronic, close-minded, and arguably sexist line of thinking straight down to the earth’s core where it will never again return from.  Now watch as Hollywood, instead of doing the correct thing and green-lighting every single female-driven film that crosses their path, sticks dollar bills in their ears, loudly yells “LA LA LA” and continues to try and shove Jai Courtney or Joel Kinnaman down our throats.

So, I’m celebrating!  Two damn great, staunchly feminist movies with a female-focus just made ALL the money!  …oh, no, wait, hang on.  Cancel the celebrations, it turns out that Pitch Perfect 2 beat Mad Max: Fury Road, like we all saw coming from a mile away.  After all, one’s a PG-13 teen comedy sequel to a sleeper hit from 3 years ago that became a sensation on home video, whilst the other is a hard R-rated action sequel to a cult franchise that hadn’t produced any activity in exactly 30 years prior to this.  What did you all think was going to happen?  Pitch Perfect 2 handily trounced Mad Max: Fury Road, $70 million to $44 million, and both posted absolutely ludicrous per-screen averages, $20,242 and $12,004 respectively.

In a perfect world, we would all simply sit here and celebrate the fact that these two films did great and be happy and optimistic about the future of this whole Movies thing.  Unfortunately, our world is crap and so now I, along with those of us who follow Film Twitter even tangentially or who are even slightly involved in Internet Film Circles, have to strap in for the next week of Thinkpiece Hell.  Joy!  What’s on your bingo card?  I am expecting variations on “Damn Millennials, ruining everything for the rest of us!”, “REAL action movies are DEAD!!”, “stupid girls with their cooties!”, and “Why Film Critics Don’t Matter In 2015” among others.  I mean, GOD FORBID we just take this positive victory as is and leave it at that(!)

Also likely to cause Thinkpiece Hell, although it’s already done a fine enough job of that before this weekend, is The Avengers: Age of Ultron.  This weekend, the film finally passed the $1 billion mark worldwide, but only after 24 days, which is foooooreeeeveeeerrr in these days of Furious 7 crossing the mark in 19.  Clearly this means that Marvel Studios are in complete disarray and that, in addition to ruining all blockbusters for everybody forever, they have ruined their once glorious and infallible reputation on a not-completely-incredibly-brilliant film that everybody hates and nobody wants to see again.  Oh, the horror!  Oh, the humanity!

Meanwhile, Far From The Madding Crowd breaks into the Top 10 and nobody’s whipping up their vitriol for that.  I fucking hate Film Internet. 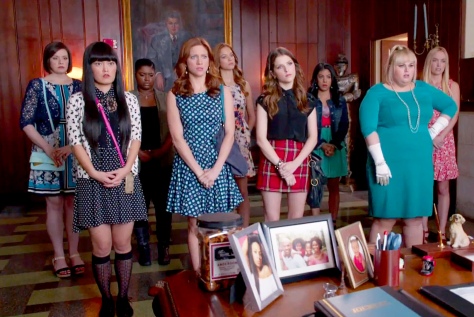 What a lovely day for this aca-mazing Full List.

I stand by most all of my review.  See, heading back in this past weekend, I was rather nervous, because my good friend Jackson hated the living daylights out of this film for perfectly legitimate reasons – his great review is over here – and he and I are so well-tuned and agree so often with one another that whenever we do end up having differing opinions I end up getting very worried and self-conscious, especially since he’s really good at reading films (better than I am, at any rate).  Did I get it wrong?  How did I miss such glaringly obvious minority-marginalising?  Do I not check my privilege enough despite spending almost every goddamn day fretting over everything I do or say?  Does really liking something problematic make me a terrible person?

Then I saw the film again, had a lot of fun whilst acknowledging certain flaws, and left feeling confident in my opinion, albeit slightly cooler on it than I was the first time.  One of these days I’ll learn not to be so self-conscious, it’s bad form in this critic game.

At approximately 5:18PM on Saturday the 16th of May 2015, I am 80% certain that I witnessed perfection, and it was tear-inducing.  The last shot of Fury Road is the textbook definition of perfection, for me, and it so perfectly caps off a film for which there are no descriptors that could be classed as hyperbole when applied to this thing.  I couldn’t think straight for almost the rest of the day, let alone form coherent thoughts on this utter masterpiece of cinema.  It’s… it’s just beautiful.  Utter beauty.  I don’t know why we haven’t been giving George Miller $150 million live-action budgets for the last 20 years, and why we’ve been settling for anything less than this.  I really don’t.  More coherent thoughts can be found here on the site by good old Brooker.

Also, I want to be even a tenth as awesomely and passionately feminist as Imperator Furiosa when I grow up.

3] The Avengers: Age of Ultron

Finally going to give this a re-watch on Thursday, when I can finally get a spare few moments break from the Hell that is Essay Season 2015.  Then I’ll more than likely immediately walk back into Mad Max: Fury Road afterwards.  Then I’ll get out of Fury Road and immediately buy a ticket for the next showing, and so on and so on until that film is seared permanently into my retinas.

This collapsed 59% between weekends, surprising nobody since Pitch Perfect 2 arrived to remind everybody what a good female-led and female-focussed comedy should look like, and Mad Max: Fury Road arrived to inform everybody of what feminist entertainment should be like.  Therefore, this movie has no reason to exist.  Roll on July 31st when I can be incredibly disappointed myself, then, I guess.

I don’t care that this is only making miniscule money each week and has still only just made half worldwide of what the first one managed worldwide, WHY IS THIS UTTERLY REPREHENSIBLE PIECE OF SLOTH FAECES STILL HANGING AROUND MY CHART?! Get it out of here!  Get it out!  OUT!  GET IT THE FU…

This has a higher per-screen average than Blart yet is sat behind it, for some reason.  Why?  Do we really think that the actuals are going to hurt this more than Blart?  Ugh, whatever.  Let’s instead look forward to next February’s Academy Awards where this and Mad Max will duke it out for Best Picture!  …it can totally happen, shut up.

7] The Age of Adaline

I don’t know what the hyper-specific and scientific narration in this movie was all about, but what I do know is that it made me really, really want a resurrected Pushing Daisies.  Hey, Bryan Fuller!  Yeah, I hear that Hannibal is great and all, but could you maybe put it on pause to bring back Pushing Daisies?  Thanks!

This just will not die at my local Cineworld.  No, really, it’s still here after more than two full months!  I don’t care anymore about box office grosses, I’m just going to class this as a full-blown success and live in bliss for a while.

Really looking forward to revisiting this when it hits Blu-Ray on June 1st.  Film Crit Hulk’s piece on it this past week has sufficiently stoked those fires and I’m all about revisiting that ending to see if I read it wrong – I saw it as the film sacrificing its fantastic and angry gender themes in favour of returning to the surface-level and far less compelling AI themes – or whether Alex Garland really is just 90% incapable of sticking the goddamn landing.

10] Far From The Madding Crowd

This goddamn movie…  If I get started on this thing, I will be here all day, so just skip to the drop-outs before I spoil a nice day with unrestrained venom.

Dropped Out: Woman In Gold, Cinderella

Callum Petch got you thinking just too much.  Follow him on the Twitters (@CallumPetch) and listen to Screen 1 on Hullfire Radio every Monday at 9PM BST (site link)!