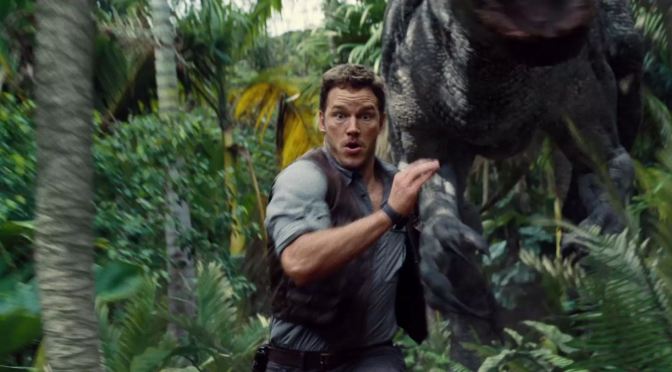 People REALLY f*cking love dinosaurs, Ted ends up like Flash Gordon – a thing we all liked as a kid and now want to distance ourselves from, [Insert Tasteless Mean-Spirited Batkid Begins Gag Here], and Other Box Office News.

For the third week in a row, somehow, Jurassic World has taken the top spot at the box office, this time with $54 million in ticket sales, pushing its domestic total to over $500 million.  There’s a part of me that’s surprised that Jurassic World is doing this well, but I guess it’s gonna take a while for a film like this to stop posting non-ridiculous numbers when it opened over $200 million.  That, incidentally, is still something I definitely can’t get over.  Meanwhile, Pixar’s Inside Out is probably going to become the first Pixar film to not hit the number one slot, since Jurassic World managed to keep it off of the top even with $52 million in ticket sales.  I guess everyone prefers velociraptors fighting genetically-modified dinosaurs to intimate tales of depression.  In entirely unrelated news, Pixar have just delayed The Good Dinosaur yet again.  Apparently they’ve finally cracked the ending.

“But wait, Callum,” I hear you, imaginary reader calling out to nobody in particular.  “Weren’t there new films out this last weekend?”  Indeed there were, astutely attuned and likely very attractive reader!  Indeed there were!  Specifically, Ted 2 happened and, in the grand tradition of Seth MacFarlane works, was apparently nowhere near as good brought back from its at-the-time great original self.  The film regressed.  Significantly.  Whilst the first Ted managed to break box office records with a $54 million opening, Ted 2 could only manage $33 million for third place.  It’s not as bad as A Million Ways To Die In The West’s $16 million third place opening, but it’s still troubling.  Now, thanks to this, Seth MacFarlane is going to have to make and unleash that Family Guy movie upon the world.  Thanks, you lot.  Thanks a million.

In “Films That Are Guaranteed To Make Me Weep Like A Three Year-Old” news, Max, the family drama about the loyal dog of a deceased soldier that returns home and suffers from PTSD…  sorry, you’ll need to give me a second.  Just typing that sentence is causing my eyes to water.  …OK, I’m good.  Anyways, that film got off to a pretty good start for a low budget and thinly advertised family drama, managing $12 million for fourth place.  Its limited release equivalent, Batkid Begins, which is a documentary about how the city of San Francisco came together to help Make-A-Wish kid Miles Scott’s dream to be Batkid for a day… … …OK, I can keep going.  Anywho, that film didn’t get off to such a good start, only managing $23,000 from 4 screens because YOU ARE ALL HEARTLESS BASTARDS!

Elsewhere in the part of these articles where I kill time before we get to the Full List, The Third Man received a special re-release to celebrate its restoration and managed an alright $24,000 from 3 screens because who wants to watch old movies at the cinema anymore, AMIRIGHT LADS?  A Little Chaos, a movie I fell asleep watching at the cinema for what it’s worth, finally debuted in 83 American theatres and was collectively shrugged out of the room with only $186,000 and a $2,241 per-screen average.  Runoff, a festival darling that’s finally managing to get a theatrical release, was the only real bright spot for limited release films this weekend, managing $10,000 from a single theatre.

Actually, no, wait!  There was another good slice of news in limited release!  Me and Earl and the Dying Girl expanded to 354 locations and couldn’t even manage $1 million!  THE SYSTEM WORKS! 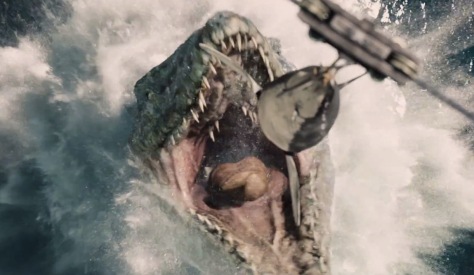 This Full List is nowhere near as good as it was before it got cancelled the first time.

Highest grossing film of the year domestically.  Add another $737 mil onto that and you have its current worldwide total.  This will beat Frozen in the all-time worldwide totals by the time I finish writing this sentence, and will probably cross Age of Ultron off the list on its journey for world dominance by the end of next week.  This is a literal juggernaut.  A quite literal juggernaut.  How?!  I had a lot of fun with it, and even I am perplexed by the sheer non-stoppery of this thing!  If Terminator: Mega Drive falls to this next week, I will not be surprised, believe me.

Accidentally found out that Inside Out is all about a young girl who has to move house and goddammit Pixar why don’t you just stab me in the heart and get it over with!  Seriously, it doesn’t matter if this movie ends up being garbage, I will cry seven hundred times watching it.

I honestly just don’t know why Seth MacFarlane hasn’t just made a musical already.  He clearly loves them, he’s already recorded two big-band and swing albums, and his voice would probably be able to carry the musical you just know he’d have a starring role in.  I mean, it would certainly be better if he just admits that he wants to make a musical and does a full-on musical instead of forcing them into everything else he does even though they mostly just kill the pace of the thing he’s shoving them into.

You remember what I said about Inside Out?  Multiply that by a thousand for this.  Not joking.  This past weekend, I thought I’d lost my dog, Mac, and spent five minutes running about the house in pure panicked terror because I couldn’t find him and was worried he’d somehow slipped out of the house without my knowing.  Then I opened a closed bedroom door and found him sat there wondering why I was looking so terrified.  Yeah, this film will kill me.

So this is on track to become Paul Feig’s lowest grossing film yet – unless you count his pre-Bridesmaids films, which nobody does because doing so is stupid – despite it being his best by a country mile.  That’s a shame, but hopefully Hollywood won’t hold it against him when it comes time to bankroll his and Melissa McCarthy’s next films.  After all, everybody has been summarily crushed by Jurassic World, it’s not like this is indicative of anything except that all films need dinosaurs.

I’m actually completely out of things to say about this, so have a picture of an adorable puppy. 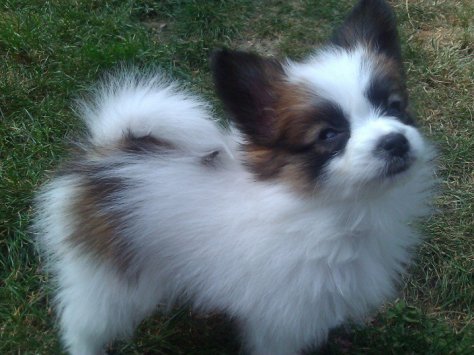 Sigh… goddammit, people.  You can’t spend forever joining me in campaigning for greater diversity and representation in movies and then not actually pay to see the ones that get a wide release!  This is why Jai Courtney gets to be a thing, people!  That is your goddamn fault!

A cinema in Middleton, Ohio ended up playing Insidious Chapter 3 for a group of families who had instead turned up to see Inside Out and every single story like this always bewilders me for the following reasons.  1] When you’re programming the projector, do you really pay that little attention to the title of the film you’re setting up that you really will confuse Insidious for Inside Out?  2] Does America not flash up the rating and film title before the film starts like we do in England?  Cos this seems like a weird thing to not do if that’s the case.  3] Why don’t the families scramble for the nearest exit when the studio logos quite clearly indicate that this is not the Pixar film they signed up to see?  4] Why does everybody continue to stay in the cinema long after it’s been made apparent that this is a horror movie and not something the kids should see?  Y’all do know that horror movies don’t start flinging jump scares and loud noises and terrifying images non-stop from frame one, right?  That’s what horror videogames do.

Still got nothing to add, so here’s a picture of an adorable kitten. 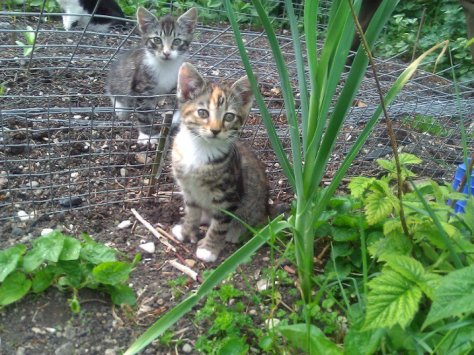 10] The Avengers: Age of Ultron

Word is starting to come in on Ant-Man from lucky so-and-so American critics, and the consensus is currently at “Hey, that was actually pretty good!”  Called it.  I mean, that’s how the early consensus on all Marvel films initially comes to, but I called it nonetheless.  You people can’t commit to your Marvel backlash!  Not when they’re still putting out films that are at least good or better!  (*acts like a petulant fanboy, loses all credibility, becomes washed-up jaded alcoholic at the age of 20*)

Callum Petch was falling in love.  Listen to Screen 1 on Hullfire Radio (site link) and follow him on the Twitters (@CallumPetch)!