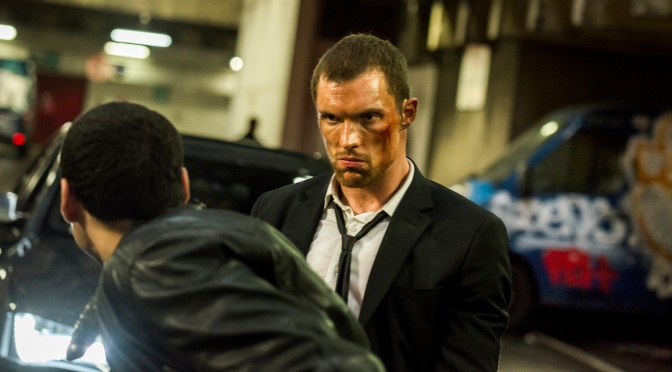 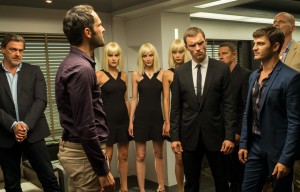 “I don’t ask questions on a job. This is a favour.”

Now I don’t know about you, but the thought of recasting a role that I love always leaves me with a sour taste in my mouth. When it happens, there’s never really a middle ground where the film or TV show is just okay; you almost always find your self at one of the extremes of the spectrum where the result is fantastic, or utter toilet. We’ve seen it a hundred times; from James Bond and Hannibal Lecter to John and Sarah Connor, so last year when news hit that Jason Statham was walking away from The Transporter Refueled and letting someone else take on the role of Frank Martin, I was horrified. Now, after a couple of release date shifts, we have a fresh faced Ed Skrein – a man I only know from his short stint on Game of Thrones before his role of Daario Naharis was handed to someone else – taking on the role of the contract transporter and looking to reboot the franchise.

But the question is, can he replace Statham as The Transporter? And if he can, can he make the role his own and bring enough to fulfil the new trilogy that Luc Besson’s Europacorp are hoping for?

As Frank Martin adds his name to a list of great characters to whom shit just seems to keep happening, the fourth instalment in the Transporter series sees Martin back behind the driver’s seat in France, doing shady things for shady people and getting paid well for it. This time around, he finds himself quickly embroiled in a revenge plot against Eastern European human traffickers a decade and a half in the making; as a handful of women who have managed to escape the clutches of greasy pimp in a nice suit Karasov, the women set about robbing the man and his associates and start in motion a chain of events that they hope will bring down the entire filthy operation.

Hiring Frank as a getaway driver for a bank robbery, the former sex workers make it personal by kidnapping Martin’s retired father – personal favourite actor Ray Stevenson – and threatening his life to force Frank’s hand and make him hang around long past the point of his contract being finished. Unwittingly and unwillingly, the father and son duo are now part of the team taking on this nasty prostitution ring and trying to keep the girls, and themselves, alive; a feat that they find pretty difficult when shit hits the fan and they start pissing off some scary guys who aren’t backwards in coming forwards and punching you in the face. If Frank and his dad, a man who has a few of his own skeletons in his closet, can come out of this in one piece, it’ll be nothing sort of a miracle.

The thing with the Transporter franchise as a whole, is that while in reality it isn’t anything special and it certainly isn’t flawless, it’s an absolute arse full of fun and they are surprisingly well made for a low budget bunch of films about a guy that drives really fast. I went in to The Transporter Refueled expecting all the fun and quality to be gone. With the stories of Jason Statham leaving the franchise because producers didn’t want to pay him and that they were going into production without a proper script, my this-is-gonna-be-shit-o-meter was going nuts as I sat in my seat this afternoon.

But to my complete surprise, I was completely wrong. Transporter Refueled is everything I’ve come to expect from the series. Great action, superb fighting and amazing car chases all strung together with a story put together at the last minute and just kind of thrown at the people acting it out on screen the day before it was being shot. I mean, the whole Eastern European sex worker story is starting to wear thin, with Liam Neeson recently taking three movies to eradicate it with the Taken series, we are seeing it come back with The Transporter, with all the rubbish stereotypes in tow. Not to worry, Ed Skrein is here to wipe them all out again and the guy is pretty damn convincing in Jason Statham’s shoes, and man does he know how to drive that car! Mmmmm. That car. An erection inducing Audi S8 that roars to life with a tap to the accelerator and just leaves me drooling like an imbecile at every rev. Forget Fast and Furious, ladies and gentlemen; this is the kind of car porn I like and boy is it good.

Mmmmmm. Cars. Mmmmm Audis.  I feel like I’ve been subliminally pushed into buying an Audi by the last couple of films I’ve watched. I can’t afford a bloody Audi, you bastards! Anyways… Yeah, where was I? Oh right.

The story, and the film as a whole takes a little while to kick into a good gear while it lays the groundwork for the story and introduces us to the new Frank Martin. It’s definitely a bit of a slog to get through the first twenty minutes or so because as much as I tried to look past it, I couldn’t help but miss Jason Statham on the screen and kind of pined for him for a bit. But, by the end of the first fight, the first car chase and the first bit of back and forth with his old man, the story has ramped up and I’ve all but forgotten The Stath and accepted The Skrein as the new Frank Martin. Camille Delamarre, long time editor to Luc Besson, is on director duties and does a pretty good job in keeping the film running at a good pace and at a little over an hour and a half, has kept the film down to a run time that even those burning out on daft action films like this won’t be sat long enough to get bored.

At the end of the day, if you’ve stuck with The Transporter long enough to be going to see the fourth film, then you know exactly what you’re going to get and you’re sure to enjoy it. A new star and a slightly different direction aren’t going to stop The Transporter Refueled from being a shit load of fun and a welcome return for a Frank Martin.

One thought on “The Transporter Refueled”