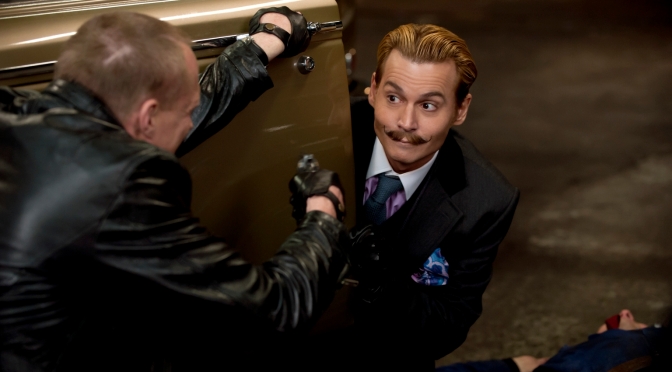 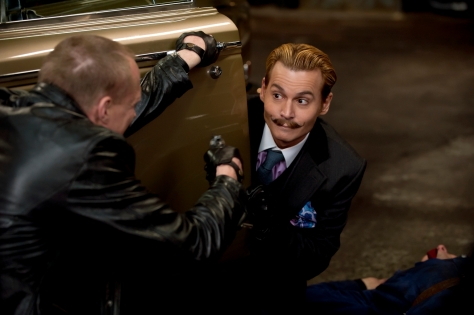 Johnny Depp is a good actor, there’s no denying it. But in the last few years or so, his film choices have been pretty woeful. Whilst the recent gangster movie Black Mass was a partial return to form, recently we have seen him in Dark Shadows, Transcendence, The Lone Ranger and he has also ran his excellent Captain Jack Sparrow in Pirates of the Caribbean into the ground, with more films in that franchise to follow.

Mortdecai continues that trend. I mean, was anyone really encouraged by the trailers? It played before every film I saw in the run up to its release and every time I met it with a sigh of exasperation, despair and an ‘oh f*** off’.

So the film is about an eccentric British art collector and aristocrat who becomes involved in an art theft and subsequent plot to steal Nazi treasure or some such nonsense. It’s essentially a rejected plot for National Treasure 4 with a few adjustments.

Everything in Mortdecai is a shambles. The accents of Depp, McGregor, Paltrow and Bettany come straight out of TalkSport adverts. Why is everyone in this film talking like its early 20th century when it’s set in the modern day? It really grates after a while. Depp sounds like he’s in a Fast Show sketch. Paul Whitehouse in his cameo clearly thinks he’s in one.

The action falls flat. They try to play it with a modicum of humour, kind of like what you see in Kingsman, but it is neither exciting, funny nor choreographed well. For actions scenes they are quite dull.

The humour is just awful. The running jokes about moustaches, or Paul Bettany’s ‘Jock Strapp’ (yes that is his actual name, if Mortdecai had a butler in this he’d probably have been called T Bagg) being some prolific lady’s man, were tiresome at best.

Paltrow has previously played the partner of an eccentric millionaire (ok, perhaps billionaire) when playing Pepper Potts in Iron Man. She can clearly do that well and have fun with it. Why she doesn’t bother here is beyond me. Ewan McGregor brings back his Obi Wan Kenobi voice but even the force couldn’t save this movie, it needs a death star to destroy everyone involved with it.

Mortdecai has the same kind of feel that Austin Powers had. It’s that kind of film. It’s trying to be a comic spy film with a central character out of place or out of touch. And while I suspect that Austin Powers has aged badly, at least at the time of release of perhaps even all three films in that trilogy, I found some enjoyment and some laughs in them.  Mortdecai lacks that.

All in all, there is nothing to like about this film. The jokes fall flat, the performances are annoying and the ‘action’ is dull.