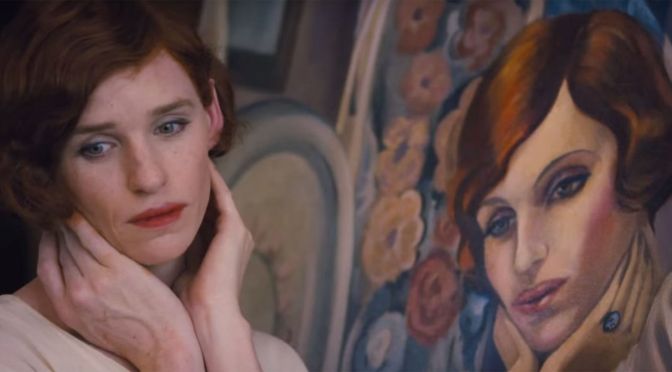 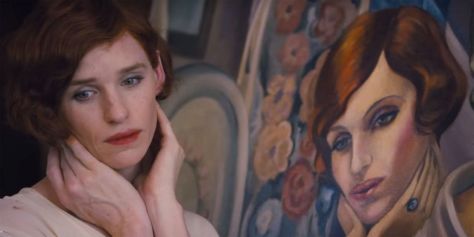 “I’ve only liked a handful of people in my life, and you’ve been two of them.”

Sometimes, a film can be so powerful that simply watching it emotes such a strong feeling about its themes and subjects that you can’t help but sympathise with the characters on the screen. No matter how far removed you are from these on-screen personalities, you can’t help but get yourself worked up, wanting the best for these people and getting angry when things aren’t going the way they should.

Sadly, The Danish Girl isn’t the film to get you going like that. Instead, it’s a complete waste of two hours that resolves nothing and invoked nothing but boredom and annoyance no matter how hard I was trying to sympathise with those onscreen.

Another one of these “inspired by true events” films, The Danish Girl is the story of Einer Wegener (Eddie Redmayne) a man who – after his painter wife Gerner (Alicia Vikander) asks him to stand in for a female model who didn’t show up for a portrait session – suddenly finds himself intrigued by the feelings that the women’s clothes he’s had to wear bring out in him. As time goes on, Einer develops a taste for not just wearing the clothes, but playing the part of a woman. Encouraging her husband’s desires, Gerner helps to make the man she married feel comfortable in his own skin and teaches him how to make himself look like the woman he yearns to be.

But this is the 1920’s. Not only is this not the done thing, it’s something you can be committed for. So he keeps his secret while spending more and more time being the woman he now believes he was born to be. As he gradually becomes she, Einer’s alter-ego Lili becomes the prominent and dominant personality and his marriage dissolves until it becomes little more than a convenience for the pair of them. As Lili’s personality grows and she allows herself to spend time with other men, Gerner is nothing more to him than the woman that taught him how to be a woman.

I watch films like this for more than just entertainment. They should be gateways into a world that I can’t understand and genuinely want to understand. I can’t even begin to pretend to know what a transgender person goes through; the turmoil and the suffering of having to live in a way that simply doesn’t feel natural to them. I desperately want it explained in such a way that I, a complete meat head, can understand. Unfortunately, that’s not what I get with The Danish Girl. What I get is a two hour long fluff piece, made on the back of a couple of years of LGBTQ issues being in the spotlight, from a director (Tom Hooper) who seemed to peak with The King’s Speech and is content to sail through on a sea of mediocrity in the years following.

The story of the man that ultimately becomes one of the first recorded people to receive gender reassignment surgery is not only handled poorly but I simply can’t find it in myself to care for the people on screen. Vikander’s performance is great (as her performances always are) and when this film gets the politically correct nominations at Oscar time, hers will be the only one deserving of the nomination. On the flip-side, Eddie Redmayne needs to do us all a favour and just stop. I don’t find him believable, I don’t find him likeable and I definitely think he should have become famous playing Doctor Who and staying away from films that should be culturally important but can’t be because of his presence.

Do yourself a favour. If you want a poignant and powerful film about the struggles that transgender people go through, leave this half-arsed Oscar-bait alone and find yourself a copy of Kimberly Pierce’s Boys Don’t Cry, because this film, and Redmayne’s performance, pale in comparison to Hilary Swank’s genuinely hard hitting drama.

One thought on “The Danish Girl”