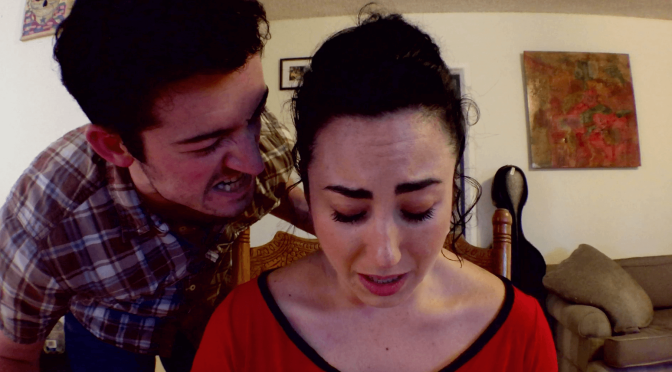 “I never said I wanted to get away with it. That was never the plan.”

Independent found-footage and home-video style films can be an acquired taste. You can watch through dozens and dozens of them before you come across one worth watching, let alone one you love. So, a couple of years back when I came across James Cullen Bressack’s To Jennifer, I was blown away. I promise, I’m not going to turn this into another article where I gush over just how much I love Bressack. God knows, I’ve done that plenty.

These kinds of films aren’t the type to usually get themselves a sequel, but here we are, with writer/director Hunter Johnson not only helming this smartphone sequel, but starring in it too.

Very quickly it’s revealed that To Jennifer was, in fact, just a film; and director James Cullen Bressack (playing himself) would be up for someone grabbing the reins and directing a sequel. Taking that as a call to action, wannabe director Spencer (Hunter Johnson) heads out to LA and gets to work on his home recorded follow-up.

Hooking up with his buddy Mack (David Coupe), Spencer sets about making the perfect sequel to the film he loves so much. Documenting everything for us to see, Spencer gets his perfect Jennifer (Lara Jean Mummert) – and gets to work letting his obsession get the better of him. With phone and crew in tow, the fan-turned-filmmaker is set to let his dark secret out, spelling trouble for everyone around him.

Sometimes, nothing can be more fun than watching our hero descend into madness. Especially in horror films when the protagonist may or may not be the bad guy too. 2 Jennifer is no different. Spencer is a fun character to watch, especially once it becomes apparent that something isn’t quite right. The moment that you realise that 2 Jennifer is also a comedy is gold. When the creepy director refuses to audition any actress whose name isn’t Jennifer – and loses all interest, becoming increasingly dismissive when he gets his way – I couldn’t help but laugh for a big portion of the film. The second you realise exactly what’s going on, Johnson directs himself doing some pretty heinous shit to his own character and to others. Man, what a pay-off.

Like so many before it, 2 Jennifer is mostly build-up, with a blood-soaked finale that doesn’t disappoint. It suffers from the same budgetary problems as so many indies before it, horror or not. But what it does, it does pretty well and you won’t catch me ragging on a film for having no budget (well, not a film that I enjoyed watching, anyways) and I really did enjoy this one. I found myself completely riveted.

I think it goes without saying that this is made for indie horror fans; and certainly fans of the original Jennifer film. If, like me, you found yourself excited when it was announced that 2 Jennifer would belong to a trilogy, then go right ahead and see this film. If you like fun little horror films, I would call both this and its predecessor required reading. Definitely give it a butcher’s. At less than an hour and a half, it can’t and doesn’t outstay its welcome. The time you do spend with it will make you laugh, cringe and wince. What more could you ask for?

2 Jennifer releases on your favourite Video-on-Demand service on August 19th.