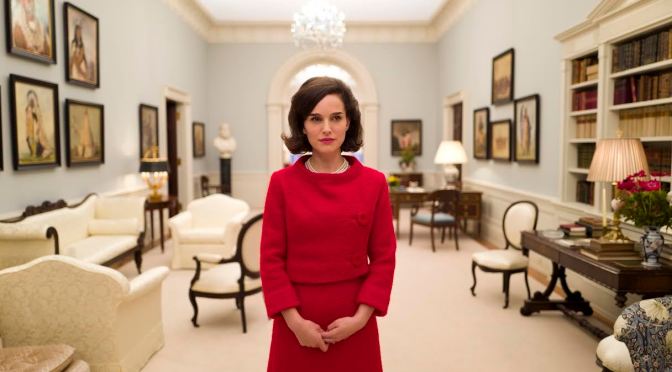 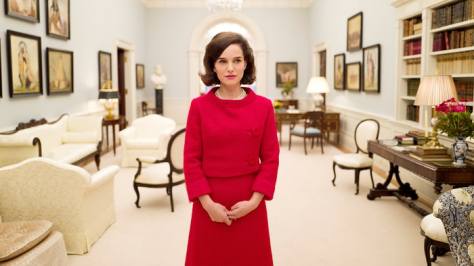 But sometimes, a film can be such a pleasure to watch that you forget about how tired you are with the genre. Jackie is one such film.

In the days after her husband’s assassination, Jackie Kennedy (Natalie Portman) is interviewed for Life magazine, giving an account of her time in the White House as the First Lady and telling the story of her life as the wife of John F. Kennedy. The interviewer (Billy Crudup playing the role as real-life but uncredited journalist Theodore White) tries to delve into the mindset of the grieving widow as she spills the beans on everything from the day of her husband’s murder, the days leading up to the funeral and the time after it.

Jackie is one of those films where it’s very possible to go in with your expectations set very low. The trailers I had seen made it look pretty boring; and honestly, I don’t know an awful lot about Jackie Kennedy. I  didn’t think that a story about her would be particularly interesting.

But what may be a lesser film in lesser hands is lucky enough to have director Pablo Larraín behind the camera and Natalie Portman in front of it.

Larraín’s direction and his eye on post-production is something to be marvelled at. The man has taken a subject that could have easily been a complete bore and made it something compelling. He’s taken a well used story telling device in the quiet, private interview and given it a fresh feeling, resulting in a riveting piece of cinema.

Flashing back to the minutes and hours after the murder of President Kennedy – with the widowed First Lady still covered in her husband’s blood, silent and processing what she’s seen – we see her break the news to her kids, planning the funeral, dealing with leaving the White House; all of this juxtaposed with beautifully recreated film of the young lady showing the press around her newly redecorated presidential residence. It’s a constant tonal shift that could easily be jarring if it wasn’t handled as well as it was.

But none of it would be worth watching if it wasn’t for Natalie Portman’s outstanding performance. I’ve enjoyed watching Portman perform for a long time. For those that aren’t as sure as I am of her abilities, Jackie should be enough to convince them. Every scene she’s in is nothing short of magnificent; with us sat there right with her by her husband’s coffin. We’re desperate to be there with her while she comforts her kids and we are star struck, like the journalists and press there, when she shows off the people’s house that she’s just made her own.

Her Oscar nominated performance as the grieving widow being interviewed by a man trying to get a good story from this stoic woman, refusing to show her grief, is worthy of every nomination and (dare I say it) every award going.

Jackie is an absolutely stunning film. Its lead outshines everyone else onscreen and managed to take a story that, for me at least, didn’t seem all that interesting or worthy of my time and made me eat my words, totally. Now, if every Oscar chasing film could be this interesting, I’d be a happy man.