The success of winning an Oscar for their screenwriting work on Alexander Payne’s The Descendants opened some doors for Jim Rash and Nat Faxon, who have spent most of their careers acting in minor roles in US sitcoms and comedy films. The Way, Way Back is their directorial debut, and is a sweet and very funny coming-of-age story with a whiff of autobiography.

Duncan (Liam James with the adolescent awkwardness of a young Michael Cera, but countered by a beautiful melancholy) is a 14-year-old spending the summer with his mother (Toni Collette) and her new boyfriend Trent (Steve Carell in brilliantly dickish mode) and his daughter at Trent’s beach house. Duncan and Trent’s relationship is strained, and it only gets worse when Trent attempts to give the young man a pep talk and ends up writing him off as a “3-out-of-10”. Duncan spends the summer trying to avoid the embarrassingly debauched antics of Trent and his friends, and is befriended, and then employed by Owen (Sam Rockwell), the manger of a local water park.

As soon as Rockwell hits his stride the film takes off in a wonderful fashion. Owen is the perfect Peter Pan-esque blurring of surrogate father and elder brother that both Duncan, and the film, needs. Too often I’ve seen promising US indie films stare at their navel and forget to make the audience smile (Adventureland, I’m looking at you), but Rockwell delivers a performance of such charm, energy, and out-right hilarity that the audience never gets a chance to think about the possibility of getting bored.

Yet despite Rockwell doing his best to hog the limelight, this is one of the finest ensemble cast performances I’ve seen all year. As well as Carell and Collette, the roll call of supporting actors is pretty much a who’s who of US indie comedies, with great performances from Alison Peet, Rob Corddry, and Maya Rudolph; meanwhile Nat Faxon and Jim Rash also get a chance to show off their comic skills as employees at the water park, And almost stealing the show from Rockwell is the incredible Allison Janney as Trent’s flirtatious, drunken neighbour, and it’s a good job she doesn’t share any screen time with Rockwell as I’m not sure the fabric of the universe could cope with the awesomeness that would entail.

Although the film briefly wallows in sentimentality and hackneyed nostalgia, it’s such a warm and funny film that I am more than prepared to forgive its minor flaws. In a decent year for comedy, this stands out as one of the best yet.

The Way, Way Back is released in cinemas today. 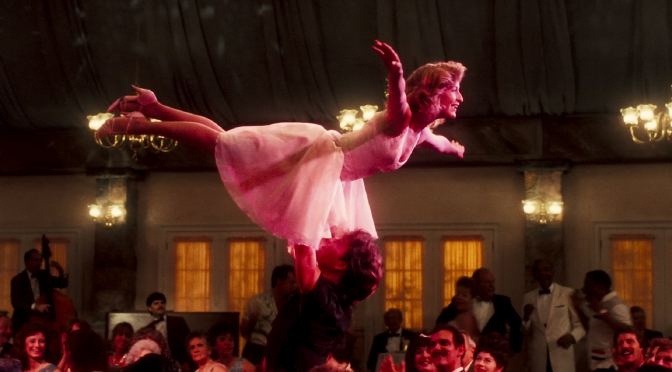 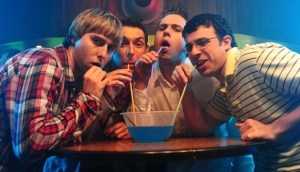 Bowing to the “crushing demand” of our followers who will not accept our apology over technical issues relating to our eagerly awaited ‘triple bill’ podcast, in its place this week we have this hastily cobbled together written article which you we hope you’ll accept by way of apology. The idea behind this weeks triple bill is we each pick our favourite three films where one of the main features involves a vacation.

First up getting us going we have Gerry:

Next is James with his 3 favourites:

Steve‘s triple bill choices were the first that saw some crossover. Here’s what he had to say:

We also had some great suggestions from twitter! @filmproject13 sent in quite a few different picks including Hostel, Vacation and also mentioned Roman Holiday which I suppose does count, even if it isn’t quite a vacation film like the others. Sightseers was an inspired choice by @tylea002 and one both Owen and James were in agreement over, but he also had Before Sunrise/Midnight (but not Sunset!) in his list. A choice that slipped my mind when drawing up my picks was helpfully tweeted to us by @andrew_alcock which was the Norwegian zombie horror Dead Snow. A slightly more bizarre pick was @wily365 who tried (and failed) with his shout for Lion King, but also sensibly suggested Die Hard too.

Thanks to everybody else who indulged us on Twitter. Next week things should be back to normal with our World Cinema special. Join us then!