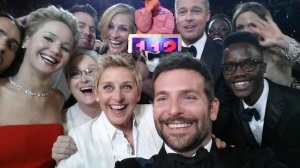 It lasts for hours, is achingly smug and self satisfied, and features drunk people making fools of themselves. But enough about the Failed Critics Podcast – this week we’re talking about the Oscars. Who deserved it, who can count themselves very lucky, and should any of us even care?

We’ll also be offering our advice to the Academy on how to fix the Oscars (as in mend it, not ensure that tripe like Crash never wins again), and even find time to review the new Liam Neeson film, Non-Stop.

We’re back next week at the normal time with reviews of Grand Budapest Hotel and 300: Rise of an Empire.

I’ve always loved film soundtracks, but ever since I’ve been film blogging they have pretty much replaced radio and MTV in being my primary channel for discovering new music and previously undiscovered classics. So, just as l did last year, here is my ‘Cinematic Soundtrack of the Year’, starring my favourite musical moments from film in the last twelve months.

Unfairly overshadowed by another Oscar-winning, tightly shot close-up musical performance (more on that later), the sight of Steve Coogan lip-syncing to forgotten 80s ‘classic’ Cuddly Toy while driving to work in his sponsored car let me know that everything was going to be okay with the one film I was desperate not to fail this year. It stayed true to the spirit of the TV show (in fact it’s very reminiscent of Alan’s air bass guitar to Gary Numan’s ‘Music for Chameleons’ in series 2), while laying down a marker for how this very British sitcom was going to expand onto our cinema screens by spending 3 minutes on one joke, which would have been unthinkable in a 27-minute programme.

Filth’s soundtrack is one of my favourites of the year, featuring a great Clint Mansell score as well as a number of interesting covers and rediscovered classics. However, the pinanacle of the film’s marriage of bizarre imagery and 70s soul comes in a scene where David Soul arrives in a car, picking up Shauna Macdonald (playing the wife of James McAvoy’s Bruce Robertson). The ensuing car journey has Soul singing his own ‘Silver Lady’, complete with glamorous backing singers in the back seat. Utterly bizarre and hilarious.

This must have been a huge hit in France, not only featuring on the soundtrack to Rust and Bone (my film of 2012), but even more memorably in this year’s Palm d’Or winner Blue is the Warmest Colour. In a picture notable for its lack of a conventional score, the party scene where Adele finds some much needed familiarity with her friends and family comes to life with this brilliant track.

Like Nicholas Winding Refn’s last film Drive, Only God Forgives is scored superbly by Cliff Martinez. The highlight for me being the karaoke performance of a softly spoken, samurai sword-wielding police office played with an unearthly grace and calm by Vithaya Pansringarm. The scens of him singing his heart out to a room of impassive stony-faced colleagues was unnerving and almost Lynchian in its banal nightmarish qualities.

Any film featuring the near-perfect songs from Mary Poppins was always going to end up on this list, but even I was surprised by how affected I was by this film’s exploration into the themes and motivations behind the creation of Disney’s finest film. The moment that PL Travers (Emma Thompson) and the song-writing Sherman Brothers (BJ Novak and Jason Schwartzman) finally reach a moment of understanding and conciliation over the climactic Mary Poppins is a joyous scene.

This Disney musical is huge return to form for the animation studio that has struggled in Pixar and Dreamwork’s shadow over the last decade. But while other studios stagnated this year, Disney produced their best film since the renaissance of the early nineties. Frozen, based on a classic Hans Christian Anderson fairy-tale, looks absolutely fantastic and features songs comparable to Beauty and the Beast and The Little Mermaid, but with a post-Wicked twist. Idina Menzel’s (who has history as a Disney princess from Enchanted) performance as Elsa at the mid-way point of the film is the perfect marriage of stunning animation and incredible vocals.

I Dreamed a Dream by Anne Hathaway – Les Miserables

I simply couldn’t look beyond this as my choice for musical moment of the year. I’ve been a huge fan of the original musical ever since my wife persuaded me to grow up and forget my preconceptions about musical theatre, and it has been a long wait to see the musical version of Victor Hugo’s novel finally make it to the big screen. Luckily, the film didn’t disappoint (let’s just pretend Russell Crowe didn’t happen) and Tom Hooper’s film gained Oscar nominations and a place in my films of 2013 list.

The moment of the film that most sticks in the mind though is that incredible sequence where Anne Hathaway rescues one of theatre’s great songs from the hands of Susan Boyle. The close-up, the impassioned vocals, and the sobbing endeared Hathaway to a legion of new fans, and rightfully won her an Oscar.

These tracks, and more, are available on this collaborative Spotify playlist. We’d love you to add your favourite soundtrack music that we missed.

It had to happen sometime, and it’s taken 91 episodes, but this is possibly the most shambolic podcast ever committed to the Internet. And for us, that’s saying something. Owen manages to confuse two very different TV programmes, Steve doesn’t watch the one film he was meant to, and while trying to make a very important point James manages to forget the name of a film, the actress in it, and what she said.

It’s not a complete bust of an episode though, and there are reviews of the Carrie remake, Palm d’Or winner Blue is the Warmest Colour, and Parkland. James also talks about the best and the worst films he’s seen so far this year.

Join us next week for reviews of Homefront and Oldboy.

Welcome to the latest Failed Critics Podcast, and this week we’ve hastily arranged a last-minute Triple Bill after Owen turned us down for a sleepover.

We discuss our favourite ‘Great Performances in Bad Films (with Nic Cage somehow escaping everyone’s list), and show exactly how far our fingers are from the pulse in reviewing 21 Grams, Billy Liar, and the hit new television show Frasier.

We off next week recuperating, so join us in a fortnight as we choose our favourite movie dads for Fathers’ Day.