We’ve been making a list, checking it twice, trying to find out who the Failed Critics podcasters, writers, and our beloved readers/listeners think was naughty, nice and downright talented in 2013. If you want some pomp and circumstance (and can handle two hours of us drunkenly announcing the winners) then you can download the Review of 2013 Podcast otherwise, strap in tight because here we go. 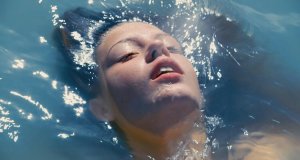 A complicated three-way tie for tenth place in our poll, and it’s difficult to imagine three more different films to kick off with. Abdellatif Kerchiche’s Blue is the Warmest Colour not only won the Palm d’Or in 2013, but for the first time in its history the prize was shared between the director and the stars of the film (Léa Seydoux and Adèle Exarchopoulos). A brilliant, yet simple film about first love, identity, and well, lesbian sex. Rush was Ron Howard’s return to form after the needless Angels & Demons and the inexplicable The Dilemma. Howard works best as a chronicler of recent history (see Apollo 13 and Frost/Nixon) and the story and setting of James Hunt and Nikki Lauda’s tragic and inspiring rivalry was perfect fodder for the man most famous these days for his brilliant turn as the narrator of Arrested Development. Rounding off this trio is the last film in Edgar Wright, Simon Pegg, and Nick Frost’s ‘Cornetto Trilogy’. The World’s End combines Shaun of the Dead’s invasion themes and b-movie sensibility with Hot Fuzz’s exploration of small town life and authoritarian control of the populace, but at its heart is a story about friendship, growing up, and growing apart. With some brilliant fight scenes.

9. The Place Beyond the Pines

Possibly the sexiest film of the year, starring Failed Critics Podcast man-crush Ryan Gosling, dreamy Bradley Cooper, and the gorgeous Eva Mendes, but this film is so much more. Director Derek Cianfrance’s ambitious modern-day Greek tragedy is not only wonderful to look at (and we’re not just talking about the acting talent now), but a brilliant exercise in tone and storytelling. While the third act may have grated with many, not many films would have been brave enough to even try it in the first place.

The highest-grossing film of the year, and while Marvel Studios must realise they’ve essentially got a licence to print money it is great to see that they are still taking risks on directors with with plenty of baggage, but utterly unique takes on cinema. After resurrecting Joss Whedon’s career, Marvel handed their biggest single-character franchise to a man who had only directed one film before. Luckily that man was also the writer of some o the best action films of the 1980s and 1990s – Shane Black. Iron Man 3 suffered from a comic fan backlash over a number of decisions, but cinema audiences lapped up the self-referential humour.

Years in the making, and not to be confused with the completely non-singing version starring Liam Neeson and Uma Thurman, Tom Hooper’s film was always going to bring in the crowds. What surprised many people though was how technically brilliant the film was, taking the almost unheard of step of recording the cast’s vocals onset, which in turn allowed for far more naturalistic performances, especially from Oscar winner Anne Hathaway.The only drawback was that Russel Crowe’s singing was so lifeless you wish he’s given it 30 odd foot of grunts. 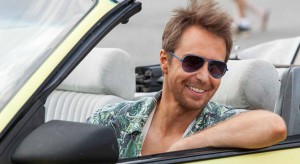 Probably the biggest surprise entry on this year’s top ten, The Way, Way Back was an American indie gem of a comedy written and direct by Nat Faxon and Jim Rash, Oscar-winning co-writers of Alexander Payne’s The Descendants. One of the finest ensemble casts of the year, with great performances from the likes of Steve Carrell, Maya Rudolph, Allison Janney, Toni Collette, Rob Corddry, Amenda Peet, and Liam James. Most impressive of all is Sam Rockwell, as the Peter Pan-esque manager of a scruffy water park where a shy 14-year-old boy spends his summer and discovers himself. Heart-warming, and very funny stuff. 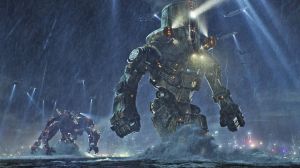 This film didn’t have the easiest ride from the critics (including one or two members of our own podcast), but its high showing in our awards just proves that there is still a huge audience out there for decent monster movies. So the script sucked and some performances were a little wooden? When giant ass robots fighting giant as alien sea creatures looks as good as this, who cares?

Another film that divided critics and audience alike, Quentin Tarantino was at his most breathtaking, hillarious, and frustrating in this epic western starring Jamie Foxx, Leonardo DiCaprio, and Oscar-winner Christoph Waltz. Featuring a trademark QT soundtrack and visual flourishes loving recycled from the Speghetti Westerns of the 1960s, Django Unchained was a brutal and guiltily enjoyable romp through the old west and the height of slavery. Nobody does it quite like Quentin.

The highest-placed British film of 2013, and a real rarity: a movie adaptation of a sitcom that delivered on the humour, while not sacrificing the feel of the original. Steve Coogan donned the string-back driving gloves once more to play one of the greatest comic creations since Basil Fawlty, and was in imperious form. From the opening credits featuring Partridge lip-syncing to Roachford’s Cuddly Toy to the pinpoint skewering of local radio, Alpha Paper was unashamedly British, and almost embarrassingly funny.

The common link between our illustrious top ten of the year, and a similar list published by those hacks at Sight & Sound, is that this film from writer/director Alfonso Cuarón finished in second place on both. Everyone who saw it agreed that it is a stunning technical and visual acheivement, with many (including us) going so far as to state that it’s one of the few positive uses of 3D they’ve seen in the cinema. However, without Sandra Bullock’s central performance grounding the film in some kind of recognisable humanity the film would have been a flashy, but ultimately soulless experience.

Ignored by the Academy, the cinema chains, and the ‘man in the street’ (barely making back its $100m+ budget), the Wachowski siblings and Tom Twyker’s co-directed historical drama/conspiracy thriller/escape caper/sci-fi blockbuster/fucking bonkers post-apocalyptic nightmare is exactly the kind of film that film bloggers love to write about, and they voted for it in their droves. Adapted from David Mitchell’s ‘unfilmable’ novel. Cloud Atlas is an incredible experience, jumping between six very different, but intertwined stories, each featuring the same cast of actors. It swings from the sublime (Ben Whishaw as an aspiring composer, Tom Hanks as a manipulative doctor, Donna Bae as a replicant service worker) to the ridiculous (Hugh Grant as an angry Korean restaurant owner, Halle Berry as a white Jewish emigre, Hugo Weaving as The Hitcher from The Mighty Boosh) at regular intervals, and is certainly not the kind of film you can watch with one eye on your Twitter timeline.

For its sheer ambition, imagination, and chutzpah, we are very proud to call this our film of the year.

The best of the rest:

Here are the rest of our awards, and you can hear a full discussion about these awards on the Failed Critics Podcast:

Best Performance by an Actor

2. Sam Rockwell for The Way, Way Back

=3. Daniel Bruhl for Rush, and James McAvoy for Filth

Best Performance by an Actress

2. The Act of Killing

Best Film not in the English Language

1. Blue is the Warmest Colour (France)

3. The Act of Killing (Denmark/Indonesia)