It’s just gone midnight on Christmas Eve, which means those of you who have managed stay up past your bedtime and wait for Father Christmas can officially open one of your presents early! I’ve got the perfect one for you, right here…

This brand new episode is a three and a half hour long ‘best of’ the Failed Critics Podcast from the past 12 months, all cobbled together into some kind of Christmas TV type compilation episode. There’s all of our favourite bits, including Paul’s famous quizzes, reviews of Mob Handed and Killer Bitch, every single booby-prize that Owen and Steve put each other through, all of our pre-titles and post-credit stingers, and loads more.

It’s not gift wrapped. It’s not store-bought. There’s no receipt so you can’t go and exchange it for any other podcast during the Boxing Day sales. But hopefully it’ll keep you company should you be enduring any agonisingly long car journeys over this festive period.

Merry Christmas all and a happy new year from everyone here at Failed Critics! 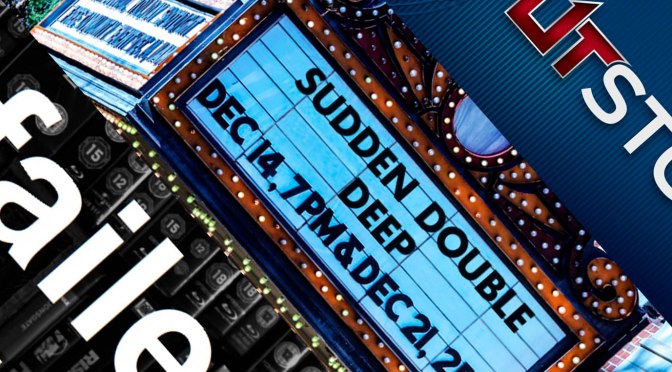 You may have noticed that no podcast was published last week. Well, consider this week’s special Quizcast episode our apology. An episode was recorded, but there was no time to edit it between then and this week’s episode – hence why it’s just gone 4.09am and here I am trying to publish in time for people’s commutes on Tuesday!

In our second quizcast of the year, we’re rejoined by the FUTstock podcast’s (previously FUThead) Matt Aguilera and Matt Lambourne after April’s triumph. Making their debuts on the quizcast special are Ben Challoner and Daryl Bar from Sudden Double Deep, the triple bill title podcast.

In a strange turn of events, we actually let Paul Field onto an episode that’s entirely a quiz, despite his wretched run…. But not to worry, we’ve made him host so that Owen Hughes and Steve Norman can compete together as a team – we presume Steve was not aware of Owen’s dismal losing streak in our previous attempts to win this thing.

We’ll be back as normal next week.

Welcome to this week’s episode of the Failed Critics Podcast where we’re once again Steve Norman-less. But don’t panic! Tony Black is here to spare you the agony of having to listen to Owen Hughes attempt to host the show. Tony and Owen were also joined by special guests and lovely chaps Daryl Bär and Ben Challoner from the Sudden Double Deep podcast, whose wit, intelligence and fantastic insults make them a more than welcome addition to Failed Critics.

Together the team try to come to terms with the news of Gene Wilder’s passing breaking just minutes before recording started, as well as perusing the BBC Culture poll of the top 100 films of the 21st century, plus a quick glance at the latest figures around who earns what in Hollywood.

The main releases this week include:  the latest Jason Statham action vehicle Mechanic: Resurrection;  a barrel of laughs and a barrel-sized Jonah Hill in the “based on a true story” black comedy War Dogs;  and dystopian thrills and not-much-bloody-spills with The Purge: Election Year.

There was even a teensy bit of room for us to chat about all the films we’ve been watching lately. Found-footage horror As Above, So Below crossed Owen’s path, whilst documentaries were the order of the day for the remaining trio. Daryl takes us through the insightful Glory Daze: The Life and Times of Michael Alig, Ben was lucky enough to catch Weiner, and Tony spreads the love about the unambiguous Doomed: The Untold Story of Roger Corman’s the Fantastic Four.

Join us again next week as the line-up returns to normal as Callum joins Owen and Steve. It’ll be a real Sausage Party………. what?