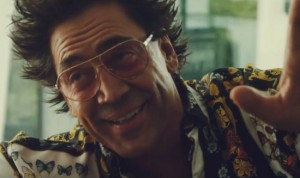 Two podcasts in one week! You lucky, lucky people.

This ‘week’s’ installment is heavy on the new releases, with the team running the rule over The Counselor, The Butler, and Joseph Gordon-Levitt’s directorial debut, Don Jon.

We also dust off Triple Bill, presenting our favourite unnamed central characters; as well as discuss the new Marvel/Netflix projects, the Monty Python reunion, and a sacrilegious plan to produce a sequel to It’s a Wonderful Life.

Join us next week for our review of The Hunger Games: Catching Fire. Owen, the old cynic, might have to watch The Family instead. 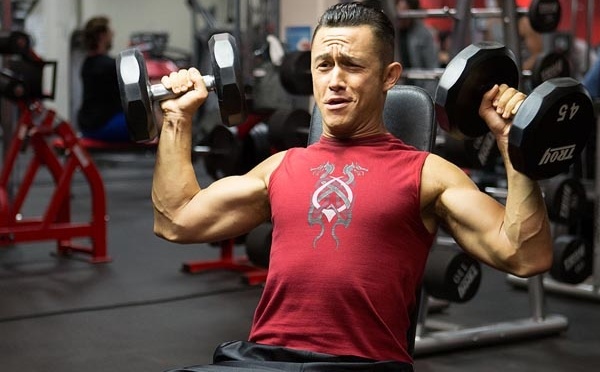 In her final London Film Festival Diary for this year, Carole Petts gets to spend some time with a vampiric Tom Hiddleston and a porn-addicted Joseph Gordon-Levitt. 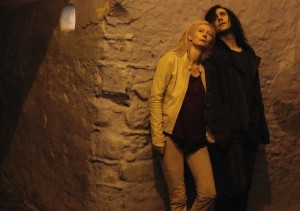 After the emotional fallout of Friday, I was ready for some more light-hearted fare on Saturday, but unfortunately I had chosen to see Love Will Conquer All, a collection of short films in the Love strand of the festival.  I can’t really put it any better than the description from the BFI website: “Eight short films examining an assortment of expressions of affection, from first love to unrequited love to unconditional love. With additional heartbreak, lust and resentment thrown in for good measure.”  Particular favourites of mine were Orbit Ever After, a film about first love with only the small matter of being in separate spaceships to contend with; The Phone Call, a harrowing piece starring Sally Hawkins and Jim Broadbent about a crisis centre worker and the person on the end of her line; and Out Of Darkness, a black and white film with nine different actors all telling a singular story of loss and heartbreak.

On to Saturday evening and the gala of Only Lovers Left Alive, a vampire film by Jim Jarmusch.  After the obvious excitement of walking past Tom Hiddleston on the red carpet (a very well put-together man) we settled in for what I was convinced was going to be a dryly humourous, vaguely satirical meditation on vampiric folklore as is per Mr. Jarmusch’s usual way.  Boy, was I surprised.

First of all, this film is hilarious – actually laugh-out-loud funny in parts, even though the humour is as dark as you would expect from a Jarmusch film about nocturnal, blood-sucking creatures.  A large part of this is down to the excellent lead performances from Hiddleston and Tilda Swinton (one of my heroines) as the titular lovers, and small but excellent performances by the supporting cast, including John Hurt and Jarmusch alumni Jeffrey Wright.  At the same time, the film plays out at a slow, dreamlike pace with very little in the way of plot – but as is so often the case with Jarmusch’s films, simply being in its universe is entertaining enough.

The film smartly avoids clichés from the genre.  These are modern vampires where blood must come from hospitals and willing doctors – “this is the 21st century…you can’t just make people disappear anymore”.  In fact I don’t actually remember the word vampire being used – and in a nice little twist the living are referred to as zombies, sleepwalking through their lives.  The film is also a love letter to Detroit – its rise as the centre of America and its swift decline.  The dilapidated city is shown in all its haunting glory at night, and the film is beautifully shot and designed both aurally and visually – a true treat for the gothic lovers among us.

If you’re looking for a love story with a healthy shot of jet-black humour, you could certainly do worse than this film.

Finally – Sunday brought my final two showings, the first of which was Exhibition, the latest from British director Joanna Hogg.  Exhibition follows an artist couple who are planning on selling their modernist house – it is suggested (although never explicitly explored) that there has been a traumatic event in or around the building which has been the catalyst for this decision.  There is a distance between the couple – they both work in the house and communicate by telecom.

I am a fan of Hogg’s sparse, static, fly-on-the-wall style of film-making but I can fully understand why it’s not to everyone’s taste.  As with all her films, the nub of the story is left unsaid, which can be frustrating but adds to the feeling of being an observer – you would never fully explain a previous incident during an argument in real life.  This won’t win any new converts but for fans of Hogg it’s another triumph of realistic drama, which may need time to think about afterwards.

I get the feeling that Don Jon is trying to say something about the way that women and men interact, and how that is changed by the consumption of media by both sexes.  It succeeds to an extent, but there is never really a powerful moment that makes this point hit home.  There are plenty of attempts, and by no means is the fault left purely at the male door – a mundane exchange in a DIY store lays bare the fact that women are as prone to artificial, media-instilled fantasy as the man who can only be satisfied in front of his MacBook.

The ending felt a little forced, but the film is snappily directed by JGL, and frequently hilarious.  As a first-time outing it’s very promising, but with a word of warning – it would probably make uncomfortable viewing for a first date.

That’s it for this year.  I’ve had a great time this past couple of weeks, and I look forward to seeing what LFF has in store for us next year.  Thank you for reading.

Carole will watch most types of film and particularly anything starring Nicolas Cage, leading to her firmly-held belief that The Wicker Man remake is the funniest comedy ever produced.  She hates Grease.