After winning plaudits from critics and audience members alike at last year’s Sundance festival, The Sessions is exactly the kind of likeable crossover hit one would expect to find packing in the crowds in both multiplexes and arts centres across the country. A heart-warming exploration of love, faith, and living life to the full in spite of any obstacles placed in your way. The kind of film you could watch with your Gran. That is, if your Gran doesn’t mind seeing Helen Hunt in all her full-frontal glory.

John Hawkes (Martha Marcy May Marlene) is Mark O’Brien; a 38-year-old man who has lived most of his life in an iron lung after suffering severely with polio as a youngster. Based on a real-life article written by O’Brien entitled ‘Seeing a Sex Surrogate’, the film focusses on his sexual awakening as a middle-aged man, and his desire to lose his virginity. After consulting with his priest (William H. Macy), Mark employs a Cheryl, a sexual surrogate, to help him do the deed. Enter Helen Hunt. Literally.

As is expected in any romantic comedy-drama worth a damn, complications soon arise. Mark and Cheryl’s sessions are limited to six meetings, and she makes it clear that her job differs from prostitution in that she “ isn’t after your repeat business”. Mark inevitably starts to develop feelings for Cheryl, and dares to dream that Cheryl might feel a similar connection. Luckily the film avoids the Pretty Woman trap of glamourizing the commercialisation of sex, while at the same time eschewing a cynical exploration of Mark and Cheryl’s motives. It would be fair to describe The Sessions as an uplifting film, but it manages to avoid the clichéd pitfalls of lesser comedies.

Hawkes and Hunt are excellent in their roles; fully committed both emotionally and physically to their performances. Macy’s role as Mark’s confidant and counsellor is a little paint-by-numbers at times however, coming across more as self-help book disciple than a man of God. Director Ben Lewin (drawn to Mark’s story as a polio sufferer himself) utilises a wonderfully lit California as the backdrop for this film, and as the camera lingers on fleeting glimpses of natural beauty one cannot help buying into the key messages of the film. Life is precious, every day is a bonus, and Helen Hunt looks incredible for her age.

It’s difficult to see where this film fits commercially. It’s a rather sweet and, at times, very innocent look at what it means to love and be loved. A gently funny film that challenges audience perceptions of disability and independence. But it’s a 15-certificate with good reason, and the frank and non-apologetic sex scenes will put off many people who would otherwise enjoy this engaging film. 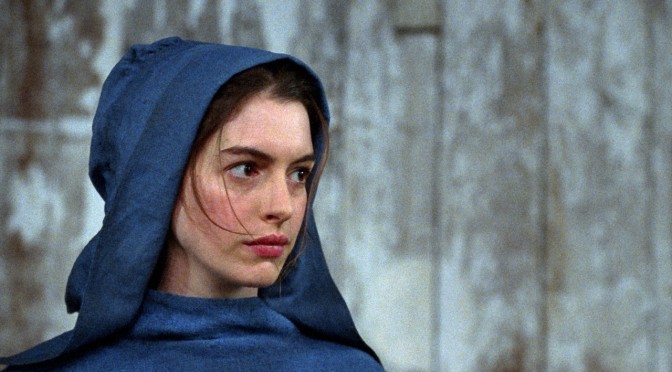 Do you hear the critics sing?

Podding the thoughts of angry men,

They are the musings of a people who won’t watch Rock of Ages again,

When the bleating of the fool,

Echoes the bleating of the drunk,

There is podcast about to start when tomorrow comes!

That’s right, James has finally managed to persuade the critics back into the cinema to see another musical, and hopefully this time they won’t want to kill him afterwards. Also on our big return we review new releases Gangster Squad, The Sessions, The Impossible, and Quartet.

Join us next week as we review Quentin Tarantino’s Django Unchained. The D is silent, the podcast won’t be…