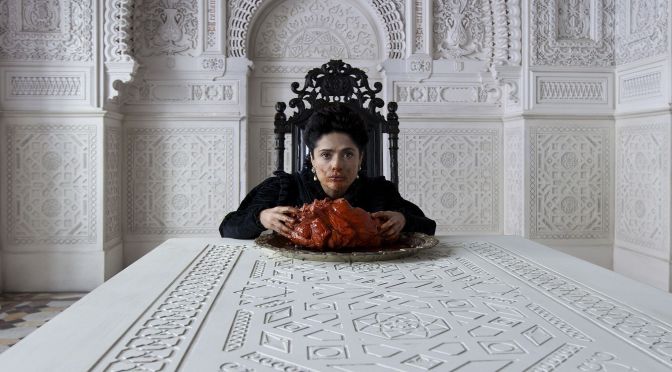 With temporary host Paul Field getting to the ballot box and voting in blind panic to leave the Failed Critics Podcast after two long successful weeks, we finally have our Steve Norman back!

Luckily, Steve hasn’t done a Roy Hodgson as his team of Owen Hughes and Andrew Brooker don’t bottle it on the grandest stage of all. Assuming that you agree that the “grandest stage” is of course a free audio podcast.

Although they are still a bunch of fucking £50k fucking cocaine prostitute fucking limousine fucking cunts.

This week’s episode features reviews of three brand new releases, with a main review of Roland Emmerich’s sci-fi disaster feature (well, what other kind of film was he likely to make?) Independence Day: Resurgence. Set 20 years after the original, the aliens have come to reap their revenge – only this time, they’re… just… going to do the same thing again. Probably because they knew there would be no Will Smith this time.

Owen and Brooker also find time to discuss a fantasy movie worth watching as the Italian-French-English Tale of Tales arrives in cinemas – and on VOD services such as Curzon and Google Play simultaneously – just a touch too late to show how well the UK can work with our European brethren.

Speaking of Italian productions, Brooker also talks up Suburra, the crime film of the year that you probably haven’t heard of. Meanwhile Steve conjures up a review of The Conjuring (see what I did there?) and Owen continues the horror-film discussion by reminding everybody how great Hellraiser is.

All of this plus Steve’s reaction to Adam Sandler’s latest Netflix feature The Do-Over, James Earl Jones voicing Darth Vader in Star Wars: Rogue One, and the tragic death of Anton Yelchin.

Perhaps there was a modicum of irony in seeing a film titled ‘Independence Day’ on the day when the UK ‘Brexited’ the European Union, but on Friday, with the future of the human race (ok, European politics) in the balance, I went to watch the long awaited sequel to the 1996 blockbuster hit.

Resurgence takes place 20 years after the events of the original in an alternate timeline where the victory over the alien invaders has unified humanity and led to 20 years of peace on Earf, an advancement in technology and improved Earf defence as a return from the bad guys is expected.

Will Smith’s character, Captain Steven Hiller, does not return, killed off in some promo material for the film, but Jeff Goldblum is back as genius science ‘boffin’ David Levinson. He is joined by the returning Bill Pullman as ex-president Whitmore, as well as Judd Hirsch and Brent Spiner – and also Vivica Fox, whose character has had one hell of an upwards career trajectory.

Joining the heroes from the war of ’96 are Independence Day: The New Class, with Liam Hemsworth playing rebellious pilot Jake Morrison, Jessie Usher as Dylan ‘son of Smith’ Hiller, Maika Monroe as Whitmore’s daughter, as well as some others that we aren’t given the chance to care about.

And therein lies the biggest problem. The new cast are just so bland and boring. Now, they are not helped by a script that never gives us time to get to know them or know about them and some clunky as hell dialogue.

I suppose Hemsworth ‘the Lesser’ is fine. I think I may prefer him in this to the Hunger Games, but the other two new leads are just terrible. I mean out of this world bad. Usher as Hiller Jr is void of charm of charisma and is just wooden. Will Smith, who played his step-dad 20 years ago, with his personality and the way he can revel in this type of film, would have improved the movie. Instead we are left with someone who is meant to rally the troops and the audience but can barely muster a modicum of excitement.

Monroe as Whitmore’s daughter, the Whitmore who stirred the world with his rousing speech to send the human race to victory and freedom, is just as bad as Usher.

And the forced rapport between characters is terrible. Hemsworth and Monroe’s characters are an item. Before the aliens return, in a brief scene where we are meant to begin caring about these people, they mention buying a house but she shows little interest. Then amidst the destruction, she brings up the houses, for no reason, to which Hemsworth replies ‘if it’s still there’. Just… horrible.

However, this is not the worst line of the film. That goes to the new president who, when aliens find her hidden base/hole in the mountain, she declares, stoically: ‘There will be no peace.’

Which was obvious when the aliens destroyed half of Earf without even a hello.

While the dialogue is poor, perhaps getting the audience on board with the characters could have been improved by getting rid of some of the guff and replacing it with more time with the main cast.

For example, we could cut all the nonsense with Judd Hirsch’s Levinson snr, anything with Vivica Fox would have not taken away anything from the film, and probably even improved it.

It sounds like I hated the film doesn’t it? After all I’ve spent the whole review slagging it off. However, I still had fun.

Goldblum is good as Levinson, just as he was 20 years ago. Pullman was also on form as the troubled ex-president, as was Brent Spiner as the presumed dead Area 51 Scientist. If anything almost saves the film, it is the returning cast.

I also liked and appreciated the world building, and the way in which director Roland Emmerich – a man whose name is synonymous with modern disaster films – has chosen to explain to us what exactly has happened between the events of the first movie and this; such as the fact that there were still some aliens on Earf. It was interesting – and could have done with more of it.

It is not perfect by any means, and in some places is just really stupid. But providing you are not some kind of snob who looks down on this kind of film and can switch your brain off for 120 minutes, you will spend it not being bored (in spite of the films many issues) and at the end of the day, is that not what you want from a sequel 20 years in the making about an alien invasion?

Although, the setup for the threequel is just… mind bogglingly stupid.

Welcome to this week’s episode of the Failed Critics Podcast, with your hosts … erm … Stan? Stuart? Stephen? Steve, Steve Norman, that’s the fella, and Owen Hopkins– I mean, Hughes. They’re joined by Andrew Brooker to review, look at, discuss, scratch their heads and generally mull over the latest Fox-driven superhero movie, X-Men: Apocalypse.

Before all of that, the trio run through the latest film news to cross their paths; namely the trailers for Ghostbusters (and why it might be OK to not like it), Star Trek Beyond, The Purge: Election Year and Independence Day: Resurgence. There’s also room for a discussion about Nicolas Winding Refn’s plans to remake Witchfinder General, as well as an astonished glance towards the impressive cast list of Thor: Ragnarok, boasting the likes of Cate Blanchett, Karl Urban and Jeff Goldblum.

As ever, the ongoing, never ending quiz battle between Owen and Steve rages on, this week pitting the latter against Brooker as they try to work out which X-Men names are real and which Owen has simply made up. In What We’ve Been Watching: Steve revisits a the first and the most recent of the X-Men movies prior to his trip to see Apocalypse; Brooker MC’s over Magic Mike XXL; and Owen gushes over cult zombie classic The Return of the Living Dead.

Join us again next week for a special movie-star triple bill episode.