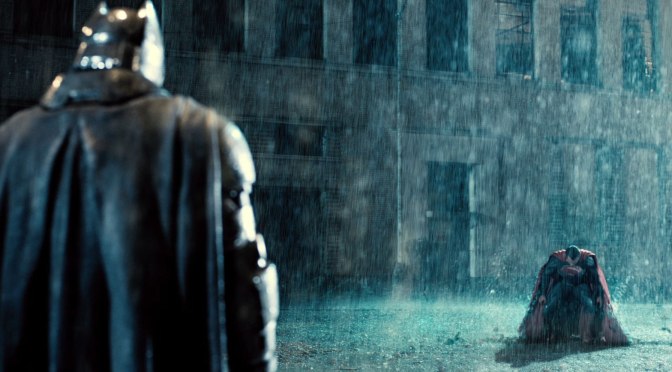 It might not be the podcast you wanted, but it’s the podcast you deserve. It’s the proper critics in one corner, the audience in another corner, and your hosts Steve Norman and Owen Hughes with special guests Brian Plank and Andrew Brooker in the other corner. The final corner is where Sad Ben Affleck is hanging his head in disappointment, next to Henry Cavill’s pile of gold.

That’s right, this week we’re reviewing DC’s latest $250m mega-blockbuster, Batman v Superman: Dawn of Justice. Divisive amongst those who’ve watched it, as well as on this episode. We’ve a full spoiler-free review where the team discuss everything they liked (mainly Batfleck) and didn’t like without giving away much, before Spoiler Alert Returns towards the end.

Also on this episode: Owen reviews freshly released found-footage horror JeruZalem (that’s with a capital ‘Z’ and no lower case ‘s’); Brian prepares for Zack Snyder’s superhero movie in the only way he knew how… by watching Kramer vs Kramer…; Brooker revisits Failed Critics favourite Kill Your Friends; and Steve finally catches up with our third best film of last year, Disney Pixar’s Inside Out.

Join us again next week for any episode that’s probably not going to be 50% comic book oriented.