“Whose money? Our money.”

I tell you what this year has been missing: a good black comedy. We’ve had a never ending conveyor belt of churned out shit when it comes to comedy in 2016 (and 2015, and 2014) but while some of those might have been worth a laugh or two, none have really done anything worth talking about. Until now.

And if the negative reaction of the majority is anything to go by, the latest from director John Michael McDonagh – the man responsible for excellent jet-black comedies The Guard and Calvary – is his most rude and most offensive yet. Whether or not this is a good thing, is completely up to you.

Holding the world by the balls, less-than-completely-honest cops Terry (Alexander Skarsgård) and Bob (Michael Peña) have it made. Getting through life on a steady stream of bribery, blackmail and general crookedness, the guys live the life of Riley. Seemingly uncaring when it comes to their jobs and the list of complaints against them, the lads are happy to dance down a very fine line between good guys and bad as they fleece every criminal that they trip across.

But things take a nasty turn when the pair come across someone worse than than them: James Mangen (Theo James). A phoney looking “lord” who has all ten of his filthy fingers jammed deep into some even filthier pies. When the dirty cops try to man handle the career criminal into his latest big bag of stolen cash, the Brit takes it upon himself to makes the policemen’s lives hell!

Now, you might think that me telling you this is a comedy means that you’re in for some light hearted buddy cop bullshit that desperately imitates classics like Lethal Weapon hoping to garner a laugh or two and create themselves an audience with silly pop culture references and self referential crap. Much like we’ve had for a scary portion of this year – and last. But you’d be mistaken.

In fact, I’m not entirely sure this film, or its creators, cares if it has an audience such is its brazen attempt to offend pretty much everybody in its short 98 minutes.

And that is this film’s beauty. While it’s busy pissing off absolutely everyone – the reactions I saw online after the screening was done were nothing short of hilarious – I was sat, red faced, struggling to catch my breath as I laughed constantly from the opening vehicular assault on a mime (“I wonder if you hit a mime, if it makes a noise”) to the closing credits hinting at previous laugh out loud jizz jokes. While others were grimacing at possibly the most non-politically correct jokes to be put on screen in a couple of years, I was in absolute bits, with tears rolling down my face.

Story-wise, I can’t say the quality is as good as the comedy. The flimsy, paper-thin plot revolves more around Terry’s stereotypical loner drunk trying to force himself a family to imitate his equally stereotypical partner Bob – a family man who treats the drunk like his brother – than it does the actual bad guy and the partners’ attempt to extort him. While it’s not difficult to follow what passes for a story here, to try would be a waste of time. It makes absolutely no sense and seems almost scattershot in its execution.

It’s nowhere near as nonsensical as Killer Bitch, but it is all over the shop. The cool part is, that it doesn’t really matter, you’re too busy laughing at the latest bit of hell-worthy racism that’s gonna keep you feeling guilty for laughing at it for ages.

Peña and Skarsgård have amazing chemistry together, and their buddy-buddy routine is a real thing of beauty. Not since Riggs and Murtaugh have an unlikely looking pair of friends had such a great onscreen presence. Having seen his previous work, I’m sure that director John Michael McDonagh got exactly what he wanted out of his American debut, whether or not everyone was happy with the result.

To try and see this as anything but a blacker than black comedy in the spirit of films like In Bruges would be futile. But for me to try and recommend it to anyone, considering the overwhelmingly negative reaction it’s gotten would possibly be just as silly an idea. So I’ll leave it at this: War on Everyone is one of the most grossly offensive comedies I’ve seen in a while. I loved every single racist, sexist, and whatever other “ist” you can think of minute of it, but it definitely won’t be for everyone.

Och aye the new Failed Critics podcast! We’re back in Scotland for our second annual trip to the Glasgow Film Festival, and once more James is entrusted with somehow patching together a podcast without the erstwhile talents of Steve and Owen.

Luckily he isn’t alone, and for this special podcast is not only joined by our good friends Dave McFarlane of Born Offside and Paul Fisher of The Write Club, but also by our very special guests Pappy’s – the award-winning sketch comedy stars of BBC3’s Badults.

There’s plenty of chat, drinking, and reviews of the latest films from Terry Gilliam, Michel Gondry, and Richard Ayoade. We’ll be back to normal next week with our Oscars Special.

The Failed Critics coverage of Glasgow Film Festival is sponsored by Brewdog Bar Glasgow – providing award-winning beers and brilliant food in one of Glasgow’s friendliest bars.

We would have spent most of the festival there regardless, so we’d really like to thank them for their generous hospitality. 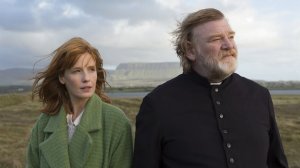 I spent Tuesday away from the festival, although I did manage a quick visit to the splendid Grosvenor Cinema with my three-year-old daughter for a special toddlers’ screening of some Peppa Pig cartoons. I am unfamiliar with this popular porcine series, but it isn’t the worst thing I’ve ever seen in a cinema.

Today was my busiest day at the festival, with three films and a podcast recording session on the agenda. I met up with my good friends Dave Macfarlane (Born Offside) and Paul Fisher (The Write Club) for what has become our annual day of film discussion and moderate alcohol consumption. We arrived at Cineworld early for our first screening, not out of any sense of organisation, but because Dave’s fear of the lift meant a journey up the escalators to the top floor that Edmund Hillary would have balked at.

First up was the Indian romantic comedy/drama The Lunchbox, the debut feature from writer/director Ritesh Batra. The film focuses on a pair of strangers, brought together by an unheard mistake from Mumbai’s dabbawalas, the people responsible for a delivery system that collects hot cooked meals from people’s homes and delivers them to their work for lunch. Ila is an unappreciated wife and mother, and her fantastic food meant for her husband is mistakenly delivered to a curmudgeonly government employee a month away from taking early retirement. soon the two are communicating via handwritten letters packed inside the lunchbox, with both talking about the regrets in their lives, and suddenly finding new dreams and ambitions to live for.

The narrative is a little derivative at times, reminiscent of classics like Brief Encounter and In the Mood for Love, as well as the not quite so classic You’ve Got Mail. What elevates this film however are the excellent central performances which gave me that very rare feeling of physically willing two people on screen to somehow make things work. Plus, it’s always nice to see an Indian film playing on UK screens that isn’t nearly 3 hours long with 15 different dance routines bunged in the middle. This is a lovely film, but make sure you have time to go out for a curry afterwards as I haven’t salivated this much in a cinema since Jadoo.

After a trip to our very generous sponsors Brewdog Bar Glasgow to record a huge chunk of this week’s podcast, we headed back to the GFT for Zero Charisma, a Kickstarter-funded film about role-playing games and the eternal battle between real nerds and those affecting ‘geek chic’. The screening was sold out (meaning Dave had to spend an hour and half in a nearby pub), and there has been a lot of buzz about this film from the SXSW and Tribeca film festivals. I certainly wasn’t disappointed, and the film had the same homemade charm and outsider geek dialogue that made me fall in love with Clerks the first time I saw it. Sure, it goes for some easy laughs at times and the drama wasn’t written anywhere nearly as well as the comedy, but when it treads the difficult line between celebrating and skewering geekdom it is utterly brilliant. Destined to become one of those hidden gems people discover when browsing through Netflix and evangelize to their friends about.

Finally we found out what this year’s Surprise Film was, and although it didn’t end up being the dreamed of (but very unlikely) first UK screening of The Raid 2, it wasn’t a disappointment as it was the new film from John Michael McDonagh, Calvary. It’s a darkly comic tale of a priest (the fabulous Brendan Gleeson) who gets a death threat in confession and is given a week to put his house in order.

The first 90 minutes of the film is a pretty bleak, yet oddly funny look at rural Irish life, and Gleeson is captivating as the world-worn, but ultimately good man of God. Excellent support is provided by Chris O’Dowd, Kelly Reilly, Aiden Gillen, and Dylan Moran as this ‘who’sgonnadoit’ simmers along to its denouement. Sadly I can’t really judge the last five minutes of the film, and therefore the film as a whole, as I found a brand new way to live up to the ‘failed’ element of our moniker. Due to a combination of early starts, long days, and mistakenly taking the ‘night’ cold and flu tablets rather than the ‘day’ ones I fell asleep for the exact five minute the film climaxed. That’s right, I’m using the Peter Buck excuse, and I’m sticking to it. It opens UK-wide on April 11, and I will be first in the queue to confess my sin, do my penance, and watch the film fully refreshed after a good night’s sleep.

The Failed Critics coverage of Glasgow Film Festival is sponsored by Brewdog Bar Glasgow – providing award-winning beers and brilliant food in one of Glasgow’s friendliest bars.

We would have spent most of the festival there regardless, so we’d really like to thank them for their generous hospitality.