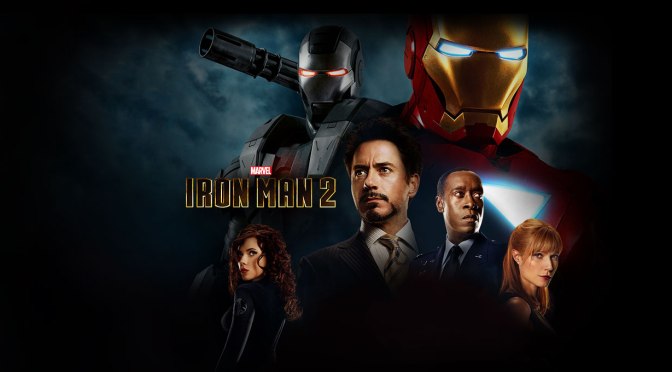 In the run up to the latest hotly anticipated Marvel blockbuster Avengers: Age of Ultron, Steve and Owen have been busy putting together a series of short 20-25 minute long minisode podcasts. With clips from the films, trailers, retro reviews taken from our archived podcasts as well as brand new retrospective reviews featuring a varied mix of different guests for each episode, we’ll be running through all of the MCU movies thus far in chronological order.

Up next we’re taking a look at the first sequel to pop up in the Marvel Cinematic Universe as Robert Downey Jr returned as the first superhero some two year’s after 2008’s Iron Man. With his secret identity now out in the public, Tony Stark has to pit his wits against a vengeful Mickey Rourke as Ivan Vanko (aka Whiplash), the authorities who want his suit for their armed services, as well as a rival businessman and weapons manufacturer Justin Hammer, played by the always reliable Sam Rockwell. An actor who was also considered for the role of Tony Stark in the first film.

It was also a first for the franchise as it saw a superhero team-up, with the introduction of secret agent and eventual Avenger, Black Widow (Scarlett Johansson). If that wasn’t enough teaming up for you, Don Cheadle, who replaced the departing Terrence Howard, also got in on the action – and his own suit of armour – as War Machine. After his cameo role in the post-credits stinger for Iron Man, there was even time for a greater part for the head of SHIELD, Nick Fury (Samuel L. Jackson).

Whilst the film’s critical success is often debated, it was a financial success that further helped to establish Marvel Studios as the emerging beacon of light in a sea of its flailing contemporary film companies and steadied the ship after The Incredible Hulk‘s wobble. We take a look at why that might be with our retro review following clips and trailers from the film, as well as in our recently recorded retrospective review with our special guest Leighton – who you can find at @LastFilmSeen on Twitter… or if you happen to be passing any rooftop forts in India. You can also check out his incredibly comprehensive list of intertwining MCU timelines, Easter eggs and trivia over on Letterboxd.com.

Our next minisode will feature more clips, more trailers, more retro reviews and retrospective reviews as we look at 2011’s Thor.

You can keep up with all of the episodes released so far and those to come here.