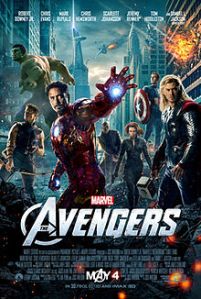 Critics assemble! They have an army – we have the Failed Critic podcast, featuring Steve Norman, James Diamond, and Gerry McAuley.

This week the Failed Critics review the first BIG blockbuster of the summer Avengers Assemble, and discuss this weeks Triple Bill theme – Child Protaganists. We also have their thoughts on recent releases Lockout, and The Kid With a Bike, and a little-known gem called The Third Man – starring some up-and-comer called Orson Welles. There is also scintilating chat about frame rates, more Mighty Ducks chat, and one of the contributors gets all tongue-tied when proposing to Cobie Smulders. Also a little bit of bad language right at the end. It’s worth it though.

Spoiler Alert! If you want to avoid the Avengers review, then skip 6 minutes through to 31 minutes. Also, completely avoid the podcast if you’re desperate to avoid the endings of The Sixth Sense and My Girl.