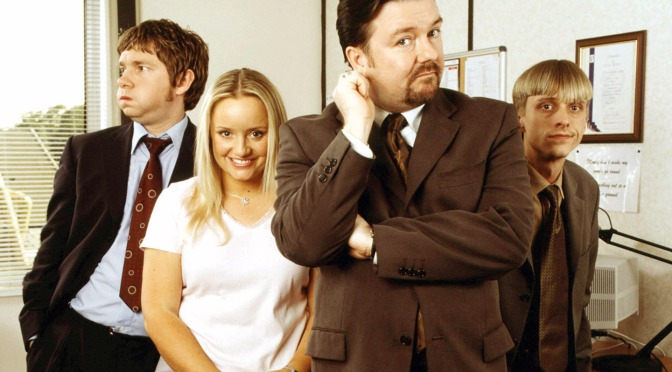 With one episode of The Office (US) already entered into our 100 Greatest TV Episodes series by Kate, Failed Critics podcast host Steve has taken it upon himself to induct his favourite episode from the original UK show. And it’s about damn time!

I could quote The Office endlessly. It’s funny how a good show can permeate the mind like that. For some, it’s Only Fools and Horses or Monty Python. For others it’s The Mighty Boosh or I’m Alan Partridge. For me, it used to be Phoenix Nights.

Ricky Gervais and Steve Merchant’s creation is a work of genius and lives long in the memory. The jokes range from side splittingly hilarious to cringe inducing laughs.

Undoubtedly the best episode comes from Series One and is titled ‘Training’. It has the three main protagonists of the show, Tim, Gareth and David, all at their best. It also taught me that a postage stamp is legal tender and should be accepted by bus drivers.

The episode centres around staff training at Wernham Hogg and Brent is at his obnoxious best. Constantly interrupting the outside teacher Rowan, thinking he knows better. Who can forget the exchange ending in ‘I THINK THERE’S BEEN A RAPE UP THERE….GET. THEIR. ATTENTION.’ Or the equally brilliant ‘There is no room 362 in this hotel. Sometimes the complaints will be false.’

It also introduces his back catalogue of tunes from the sombre Princess Di tribute ‘Goodnight My Sweet Princess’ to the epic ‘Freelove Freeway’ (which incidentally I think I know all the words to).

Gareth is at his moronic best – ‘Shouldn’t be allowed around animals then’ and ‘two girls, sisters, me just watching.’ Tim, who the viewer should be watching the show through the eyes of – the downtrodden office worker with a lack of ambition and drive and one small glimmer of hope in his life, Dawn – suffers the agony of rejection as the receptionist gets back with massive dickhead Lee and shows his frustration towards his irritating colleague and clueless boss.

Whilst Gareth and Brent are giving you the laughs in abundance, Tim is, well, not so much making you tear up, but making you annoyed with his co-workers . You genuinely feel for him and are frustrated for him. You will him to get Dawn and leave ‘The Office’. You want him to succeed, but deep down know he won’t.

The Office was always able to make you crack up with laughter but also feel genuine sadness or happiness for its relatable characters. Whether it’s Tim getting with Dawn, or Brent getting one over on Finchy, or Brent pleading for his job. It’s what all the best sitcoms do and this episode’s is that at its very best.

You can catch up on all of the entries to our 100 Greatest TV Episodes here and find Steve every week on our film podcast. 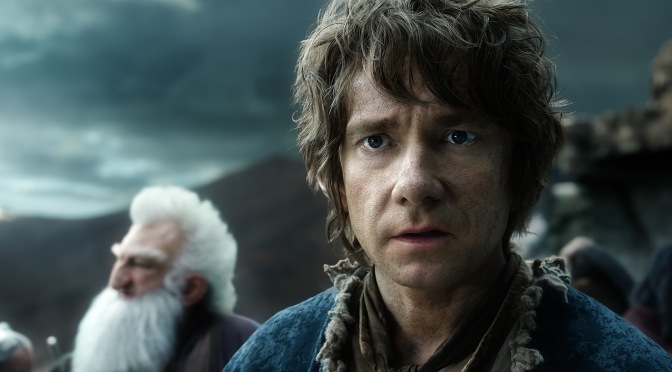 Not quite the triumphant fanfare that the epic fantasy adventure series deserved to bow out on, but still an impressive conclusion to an entertaining series. 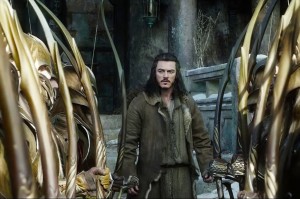 During the week, you may have read an article that I published on here expressing my excitement at the release of Peter Jackson’s final jaunt through Middle Earth. After I recently watched all three of the extended edition DVD’s of The Lord of the Rings and rewatched the two Hobbit films, the most unexpected thing happened. I found out that despite previously believing these fantasy adventure films to be little more than Hobbity-tosh, they were actually rather marvellous. Full of character, personality and thrills, I could not wait to complete the set by taking myself off to the cinema and spending 144 minutes with Bilbo & Friends one final time.

In fact, I’ve actually been holding out voting on our end of year awards just yet in case The Battle of the Five Armies made my top 10, as both An Unexpected Journey and The Desolation of Smaug had done in 2012 and 2013 respectively. (Yes, that is a plug for our Failed Critics Awards 2014! Finish reading this and then scroll back up the page and click this link to vote for your choices!)

So, where does this third and final Hobbit film begin? It picks up directly from where the previous film left off without pausing for breath or to stroke its long and lusciously thick beard. As we saw in the closing scenes of the second movie in the series, Smaug the dragon has taken flight and is on his way to burn Lake-town to cinders to inflict revenge on the company of dwarves out to steal back their home. Perhaps an even bigger threat to our heroes is the impending arrival of an army of orcs marching towards the Lonely Mountain ready for all out war.

Maybe I made a rod for my own back by over hyping the film to myself beforehand, but I genuinely was looking forward to this. However, as disappointing as it is for me to say, it was something of a let down. Whereas the previous two movies feel like lots of mini-adventures all taking place within one movie, the final part is.. well.. it’s just the third act to the second film. From the arrival of the dwarves at Bag End and Bilbo’s confrontation with Gollum in An Unexpected Journey, to the barrel riding escape plan and awakening of the dragon in The Desolation of Smaug, there’s always one more perilous quest awaiting Gandalf’s party of homeless dwarves and burglars. In that regard, this is lacking somewhat, which is no surprise when you consider the original plan was for JRR Tolkien’s The Hobbit to be adapted into two movies rather than three. The main issue is that isn’t very well concealed. This may be the shortest movie of all six films, but that’s because it’s essentially just one long battle sequence with a bit of story at the beginning and a bit more at the end.

Don’t get me wrong, the battle is well shot. There’s the epic scale that is to be expected and director Peter Jackson doesn’t deny the viewer some absolutely fantastic and imaginative set pieces. It’s not like Jackson doesn’t have experience in how to shoot them by now. However, it just wasn’t satisfying like The Return of the King was. Calling it a battle sounds quite grand but it was more of a brawl with thousands of unidentifiable generic soldiers.

My biggest gripe lies with the lack of humour. It’s not completely without comedy; indeed, I chuckled and sniggered during some amusing scenes. However,  the dwarves simply weren’t fun characters to be around any more. A (100% CGI) Billy Connolly pops up to deliver one or two funny lines, but generally they are more concerned with the darkness enveloping their rightful king, Thorin Oakenshield, played brilliantly by Richard Armitage. In fact, the performances across the board were of a high standard again. Evangeline Lilly, Aidan Turner, Lee Pace and of course Sir Ian McKellen were all positive aspects, as was Martin Freeman as Bilbo Baggins. The only problem with Martin Freeman is that he really should’ve had more screen time. All of the best lines and most interesting plot lines come from the little hobbit. Unless of course you count Legolas declaring that “these bats are bred for one purpose; for war” to be the best line in a so-bad-it’s-good way.

Finally, on the subject of characters and their respective actors, I really think Luke Evans as Bard is one of the best human characters from any of the Lord of the Rings / The Hobbit films so far. An honourable character whose sentiment is not over-egged, with a performance that does not seem to be discussed as much as it should. He carries the story on his own during some of the lesser moments and does so admirably.

Overall, it’s still an occasionally exciting and impressive film, but undeniably lacklustre. The first two films made me laugh and had their own identity as fun, fantasy adventure films. Oddly The Battle of the Fives Armies only managed to make me laugh on a handful of occasions and as such, regardless of the fact the run time flies by (unlike An Unexpected Journey), unfortunately it just feels like Lord of the Rings-lite as opposed to the conclusion to an original and new Hobbit trilogy.

The Hobbit: The Battle of the Five Armies is in cinemas right now and will be featured as the main review on our next episode of the Failed Critics Podcast, a Christmas special. 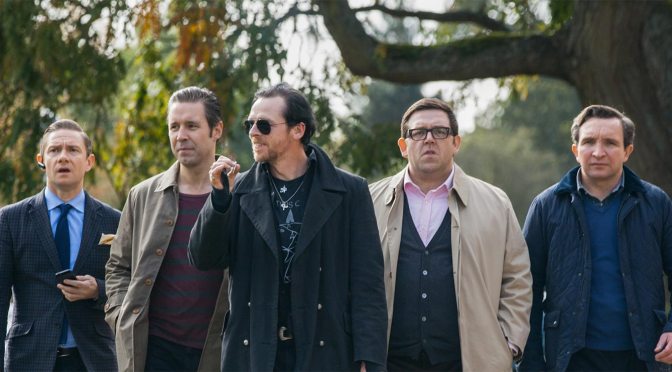 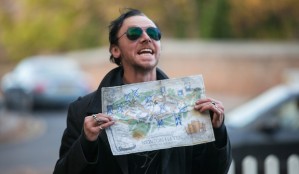 This week’s main review is The World’s End, the final installment of the Blood and Ice Cream trilogy from Edgar Wright, Simon Pegg, and Nick Frost.

Also this week we discuss the events of Comic-Con, including the announcement of Superman vs Batman, and Loki building a formidable geek army. We also review Apollo 13, Sssssss (yes, really), and new Netflix Original show Orange Is the New Black.

Join us next week when we induct Studio Ghibli into the Corridor of Praise. 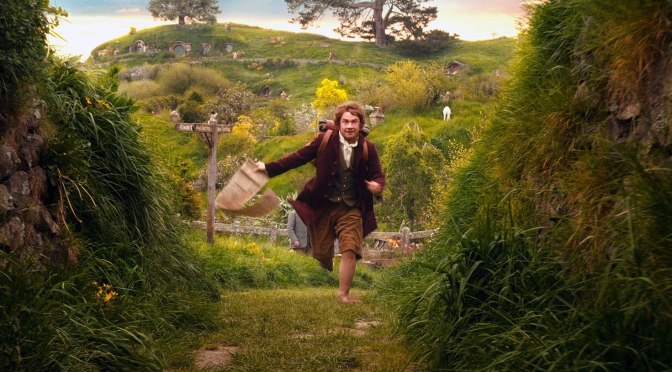 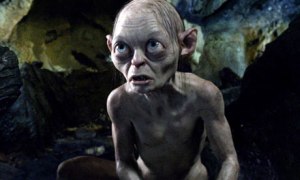 In honour of this week’s main review we thought about splitting this podcast into three full-length episodes, or recording it at twice the speed, or even inviting old guests back for needless cameos (except we’ve never had a guest on the podcast).

Instead we felt the story of a short, hairy old man and his companions resonated enough with us hear to avoid such frippery.

This week sees the Failed Critics dissect Peter Jackson’s return to Middle-Earth in The Hobbit: An Unexpected Journey. We’ll give you the low-down on the new 48fps technology, discuss the wisdom of turning a short ‘children’s book’ into a dark and epic trilogy, and two of the team confess to falling asleep at some point.

It’s one of our more argumentative podcasts so far, and there are some very passionate criticisms and defences of the years last blockbuster.

We’ll be back on Christmas Eve with our Christmas Films Triple Bill, and then on New Years Eve we’ll be looking back on 2012 and revealing the first ever Failed Critics Award winners.