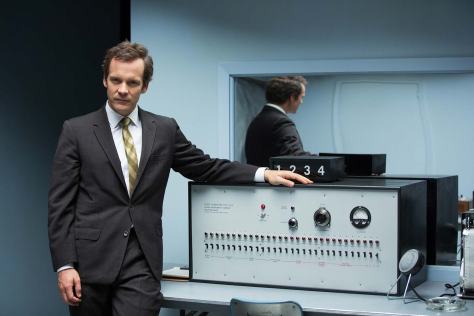 In this week’s Failed Critics Podcast, it’s time for a crossover episode! Inspired by the news that 21 Jump Street and Men In Black will be merging for a new upcoming comedy, Steve Norman and Owen meet Paul Field and try to come up with some ideas for other movie characters and franchises that they would like to see crossover during the triple bill segment of the podcast.

Meanwhile, they try not to cross the streams when talking about the latest Ghostbusters trailer after its release earlier this week. We also have a wide range of movies to review! Owen takes a look at Studiocanal’s DVD release of the Stanley Milgram biopic, Experimenter, starring Peter Sarsgaard and Winona Ryder. Paul checks out Austrian horror Goodnight Mommy after the hype over the supposed “scariest trailer ever”. Elsewhere, Steve rethinks his opinion on big-dumb-action-film Battleship, but has his opinion reaffirmed on the Men In Black series.

It’s also, like, our 200th episode, or something. Apparently.