Early this morning, podcast host Steve Norman took over the Failed Critics Twitter account (@FailedCritics) from around 9.30am for a very special tweet-a-thon. For almost 18 hours, Steve will live-tweet all eight Star Wars movies in sequential order, beginning with Episode I: The Phantom Menace…

END_OF_DOCUMENT_TOKEN_TO_BE_REPLACED 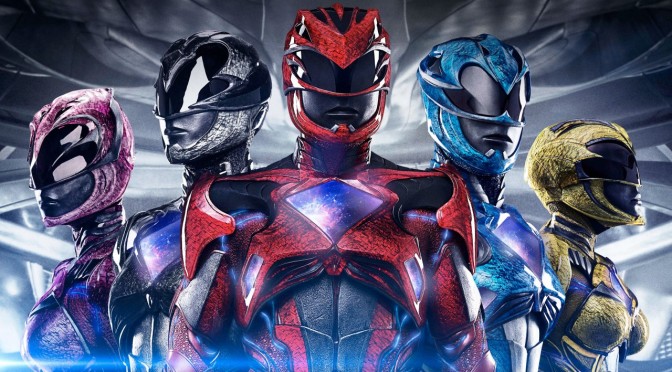 Yes, one of this week’s main review features is the brand new Power Rangers movie. The team also get a Life as they chat about the latest sci-fi/horror aping picture to hit the big screen. Having seen (and, luckily for us, reviewing) the first three Alien movies straight afterwards which outshine the newcomer, opinion is split on whether or not Life is worth the bother.

Elsewhere on the episode, Steve and Owen almost come to blows (again) about Rogue One: A Star Wars Story (again), following a discussion around The Passion of the Christ that rather fittingly was almost as biblical in length. We still cram in one last review for pregnancy-horror Antibirth, out on VOD right now!

Join us again next week for our take on the Ghost in the Shell adaptation!

Once upon a time in a galaxy far, far away…

…a bunch of humanoids (that rather suspiciously looked a lot like regular homo-sapiens) hatched a plan to steal some prized blueprints that will allow these feisty rebels to finally topple their evil authoritarian overlord once and for all.

Unfortunately for them, the best they could manage was to kick this wretched git off their podcast for a week instead, as Steve Norman, Paul Field and “Crisp Packet” Dave Valentine return for another Star Wars special episode – sans Owen Hughes.

With the arrival of Rogue One: A Star Wars Story in cinemas this week – heralding Disney’s monopoly over the Christmas blockbuster with their second attempt at reviving George Lucas’s space-opera adventure series – we reunited last year’s trio to dissect all things good and bad with the post-prequel-sequel-prequel… thing…

There’s a quiz (of course there’s a quiz) that Quizcast host Paul takes charge of again, putting our Star Wars knowledge to the test, before a run through of the once-canon (but no longer so) spin-offs that arrived prior to 2015’s The Force Awakens, including a very Ewoky Christmas and some surprisingly good animated shows.

We won’t be releasing a new podcast next week, but you can still check out last week’s Christmas special if you’re feeling festive!

In the meantime, make sure you send in your votes for the Failed Critics Awards 2016 before midnight 27 December. Ignore Russell Brand, every vote counts. If you don’t do your duty, you’ll only have yourselves to blame if we end up with Mob Handed as our number one film of the year. You’ve been warned. 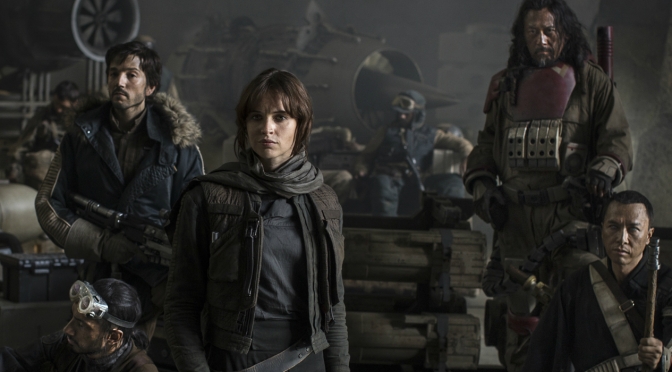 To paraphrase another space based pop culture phenomenon: “It’s Star Wars, but not as we know it.”

With Rogue One: A Star Wars Story, we do away with the Skywalkers, the Jedi, the Millenium Falcon and the Force, but welcome a new cast of characters in what is a hugely enjoyable first Star Wars big screen spinoff.

Sure there have been spinoffs before: The below-par Wookie and Ewok spinoffs way back when, the whole (now non-canon) expanded universe of novels and comics; a few games; the somewhere between average and excellent animated shows Clone Wars and Rebels.

However, Rogue One is Disney’s first opportunity to deviate away from the story of the Skywalkers, perhaps beginning a new version of what they have already done with the Marvel MCU; and tell us how we got to what we saw at the start of Episode IV: A New Hope in 1977.

Rogue One tells us how the fledgling Rebel Alliance got its hands on the Death Star plans – and it does it very, very well. Gareth Edwards, whose previous work includes the interesting Monsters (2010) and the disappointing Godzilla (2o14), pulls off a space-based heist movie with all the added action and battles you would expect from a typical Star Wars adventure.

There are really two main characters, Jyn Erso (Felicity Jones) and Orson Krennic (Ben Mendelsohn); the former is the daughter of the Death Star designer and criminal-turned-rebel hero. Jones carries this role out with aplomb, confidently and ably leading the film and the band of rebels as they go about their mission. It’s notable that female leads and heroines are becoming more commonplace these days; and she looks every bit the part.

The support cast are also excellent, if underused. Perhaps “underused” is not the right phrase, but even the male good-guy lead, Diego Luna (playing Cassian Andor), is not that present in the film. Donnie Yen plays the nearest-to-a-Jedi Knight we have in the blind martial arts expert Chirrut Îmwe, who, while not attuned to the force, is certainly a believer in the light side. Of course a blind, force worshipping martial artist with a big staff that beats up stormtroopers automatically becomes one of the coolest characters. Mads Mikkelsen plays Jyn’s dad and the reluctant designer and developer of the Empire’s biggest weapon. Whilst we don’t see too much of Mikkelsen he is, as always, on top form. However, the show stealer is the droid K-2SO who has all the charm of C3PO and R2D2 but three time as much wit.

Just briefly back to Tarkin, who in A New Hope was played by the late, great, Peter Cushing. Now, rather than recast the role – tricky considering this version is the same age as he is in Episode IV – or leave the character out altogether, they have rendered him completely via CGI.

Now the likeness is uncanny, but it is quite obviously CGI. Was it needless? Perhaps. But I was willing to overlook it. Strange when you consider how all the CGI additions that George Lucas added in wound be up no end. But I know that, Lucas involved or not, LUCASARTS and LUCASFILM have always looked to push boundaries in terms of effects and technology, which I suppose should always be encouraged.

The film is beautiful to look at. Some of the locations they have used for some of the (stupidly named) planets just look stunning. There are enough nods and call backs to the original trilogy to keep fans happy without laying it on as thick as Star Wars: Episode VII – The Force Awakens. Oh, and there is just the right amount of Vader.

Perhaps not as enjoyable as last year’s The Force Awakens – which invoked the same amount of excitement in me as the original Star Wars – and perhaps more recently Guardians of the Galaxy, Rouge One is certainly less flawed, more gritty, and tells a good, self contained story.

We left some mince pies and a nip of sherry out in a vain attempt to attract someone jolly onto the Christmas special podcast this year but instead we ended up with Steve Norman, Owen Hughes, Brian Plank and Tony Black.

Festive frivolities ensue on our very merry podcast with a Christmas-themed quiz to kick things off before a plug for our Failed Critics Awards 2016 (which you can vote for here before 27 December) and a glimpse at what we might be picking for each category.

You can thank Tony’s autocorrect for the invention of our Secret Sandra section of the show. Anonymously exchanging movies amongst each other in a ‘secret santa’ format, we somehow only exchanged one lump of coal. Steve ended up watching quirky black comedy I Love You, Philip Morris, whilst Brian unwrapped The Internet’s Own Boy (a documentary about Aaron Swartz) and Tony mulled over topical horror-comedy Krampus. Meanwhile, Owen sulked in the corner at being made to watch Kevin James’s Netflix Original, True Memoirs of an International Assassin.

We stuffed the Failed Critics Podcast Christmas turkey with a few new releases just for good measure (and to hide the taste of our giblets). There’s a few choice words for Office Christmas Party (look out for Brooker’s written review tomorrow – it’s a doozy) and a word of warning for those hoping to catch Nate Parker’s The Birth of a Nation. We even make room for a wrap-up of Season One of Westworld.

Join us again in a couple of days for our Rogue One: A Star Wars Story special!