We’ve got what you want, what you need AND what you deserve on this week’s Failed Critics triple bill special episode with not one, not two, but a whole bunch of Wonder Women – and we’re not just referring to Maaya Brooker!

END_OF_DOCUMENT_TOKEN_TO_BE_REPLACED 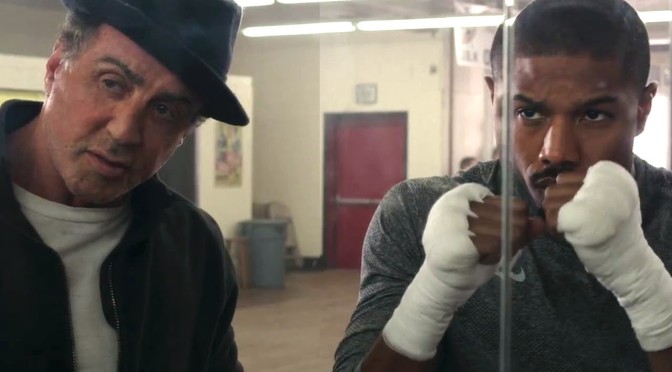 Inviting you to listen to this podcast may make you uncomfortable. Not because we’re walking around naked, but as one of our longest episodes for a good while (at nearly one hour and three-quarters long), you may get something of a numb-bum if you listen to the whole thing in a single sitting! Unfortunately there are no ways to montage your way out of it either.

Nevertheless, in this bumper episode, your hosts Steve Norman and Owen Hughes are joined by special guests Andrew Brooker and Tony Black to wag their fingers in the direction of the recent Oscar nominations, celebrate the life and work of Alan Rickman, and discuss a petition to actually lower the rated R status for the upcoming comicbook movie Deadpool.

As well as this, there’s room for Room, time for Creed, and for us to revel in The Revenant as we spend the latter part of the podcast discussing the three big new release reviews of this past weekend. We even take a look over what else we’ve watched in the past seven days. Brooker apologises to James Cullen Bressack for not getting on with White Crack Bastard; Steve, in tribute to Alan Rickman, revisits Kevin Smith’s 90’s classic Dogma; Owen reviews the recently released My Nazi Legacy documentary; and Tony is impressed with Ryan Reynolds after his surprising resurgence after seeing The Woman In Gold.

And that’s still not all as we start (as ever) with a quiz and Owen suffers through the first episode of Rob Schneider’s latest TV series, Real Rob, as penance for losing last week’s quiz.

You can see why it’s such a long episode!

Join us again next week as we bring back Liam and Andrew Alcock for a World Cinema triple bill.

“This is the story you get!”

Knowing what kind of film I was heading off to see tonight, I was preparing a ton of quippy, sarcastic things to say about soppy-arse drama films that are there to do nothing but make you feel bad for having a half decent life. But the fact is, I walked out of Room completely shell shocked. I had no idea what I was letting myself in for as I sat down to watch what turned out to be a genuinely heart warming little flick.

Jack is five and all of his life, he’s lived in confinement. Locked away in a room with no one but his mother, a TV and his imagination for company; he has never seen the outside world and believes that the world begins and ends within those four walls. His mother, Joy, has done her best to raise him and teach him about the world, but with a skylight and a crappy television as her teaching resources, she can only do so much.

When Jack and his mother hatch a plan to escape the confines of the room, freedom proves to be almost as trying on the pair as imprisonment was. Jack must learn about the world he has only seen on a screen or heard about in stories; whilst Joy needs to not only learn how to be a mother in the real world, but needs to unlearn everything she has had to teach herself about life in that room. With no way either of them can get through the troubles ahead on their own, they have to rely on each other more now than they ever did before.

I honestly don’t know where to begin. Room is a masterpiece. The star of the show, without a shadow of a doubt, is nine year old Jacob Tremblay. His portrayal of Jack will make you want to climb into the screen, grab this kid and never let him go. Every single moment he is on the screen is just perfect. The amazing way that he makes your stomach knot up every time he asks what would normally be a simple question is incredible. With him and his mother getting under each others feet in that little room, tension between the two regularly boils over and his raw emotion on screen is more than just heart breaking, it’s actually quite upsetting.

A close, close second is Brie Larson as Joy. Whether in the room or out of it, the pain and anguish on her face the entire movie just made me want to cry! Free from their imprisonment or not, her struggle is our struggle and even when she’s free, we all feel the room following her and her son. She evokes those feelings that we all have of wanting to protect our kids and has you gripping the arm of the chair, or holding your face in fear, hoping and praying that everything will be all right as this wretched nightmare plays out in front of your eyes. The cast is tightly wrapped up with Joan Allen and William H. Macy as Joy’s parents; who, having not seen their daughter for so long, are suffering almost as much as the stars of this gut-wrenching film.

Room is a perfectly balanced film; really dark and depressing where it needs to be, but with enough beams of light to tip the scales back to a point where you can enjoy what you’re watching. Let’s be clear, the imagery of the first half of this film is bleak. Very bleak. The heartbreaking moments that hammer home the plight that Joy and Jack are suffering through leave a tight knot in your stomach; partly down to the horror of the situation these people are in and partly because you’re imagining yourself in that position and genuinely terrified at the thought of living that way.

But, like I said, the film is perfectly balanced. While mother and son struggle in the outside world, when the good moments hit you, it’s with a sledgehammer. You’ll buckle under the weight of all the goodness coming from the screen and Jack’s innocence and lack of understanding of what is happening makes you want to wrap the poor bastard in cotton wool forever as you drown in your own tears.

Room is beautifully directed by Lenny Abrahamson and has two of the most powerful, heartfelt performances you’ll ever see at its centre. To recommend it is to warn you that you will need tissues and a rock solid method of getting your composure back in that short walk out of the screen. It’s a stunning film that will leave you mentally beaten by its end. Only the very coldest and soulless people will leave the cinema having not lost half a pint in tears.