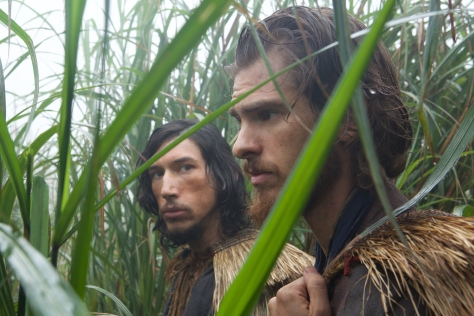 Bad episode titles, published at 3am, and two miserly gits moaning about the world? It can only be the return of Failed Critics Podcast in 2017!

Hosts Steve Norman and Owen Hughes are on their Todd for the first podcast of the new year to talk about Scorsese’s latest drama, Silence, as well as supernatural hocus pocus shenanigans in The Invitation. The pair also end up chatting about the iconic Steven Spielberg after Steve’s first ever watch of The Color Purple – and perhaps more surprisingly, Owen’s first ever watch of Schindler’s List.

In the news, there’s a chat about Carrie Fisher’s passing, which leads to a discussion about the use of CGI to replace actors in movies. We also quickly skim through the winners and losers of the recent Golden Globes and the speeches that were worth paying attention to.

Join us again next week for reviews of La La Land and Manchester by the Sea.

“They’re not dying for God. They’re dying for you.”

Holy shit, where to begin. I really didn’t want to watch Silence.

A film centred around the persecution of Christians and Christianity in Japan during the 17th century doesn’t really float my boat the way it would a lot of others. Scorsese’s latest or not, I’m not the kind of guy that likes being preached at for nearly three hours.

Silence interests me on an historical level, but I’d prefer a documentary on the subject rather than the film, thanks very much. But there I was, in my comfy seat ready for a few hours of sermons hoping for the best.

Volunteering to make a pilgrimage to Japan, Jesuit priests Rodrigues and Garrpe (Andrew Garfield and Adam Driver, respectively) are searching a country in which their religion is outlawed for their mentor, Father Ferreira (Liam Neeson). With no word from their old teacher bar a years old letter reporting on the state of the country before his reported conversion to Buddhism, the young idealists walk into one of the most dangerous places to be a Christian with the hopes of getting answers and spreading the word of God.

In a harrowing time to be a Jesuit, the pair are forced, along with the persecuted Japanese Christians, to hide from a country determined to wipe them out, with a man known as “The Inquisitor” hunting out as many of them as he can. The priests and their country-wide congregation have an uncertain future filled with humiliation, torture and possible death if they are caught.

Jesus Christ this was a tough film to watch!

I mean, it’s absolutely gorgeous to look at, as you would expect from a film directed by the legendary Martin Scorsese. It looks beautiful and its leads (a pair I don’t really care all that much for) are very good together on that screen. Both Driver and Garfield are very convincing as the priests facing the ultimate test of their faith under the most extraordinary of circumstances. Their story is a predictable one and plays out almost exactly as you imagine it will once you realise just what kind of film you are watching; but that in no way stops either of them, nor the slew of actors supporting them, from putting their all into their performances and convincing me just what an awful time the Christians living in Japan had.

Much to my surprise, I found myself engrossed with what I saw on screen. As dozens of indigenous Christians are hunted out and brutally tortured for your viewing pleasure, you can’t help but to try to will them to denounce their faith from your seat. You can’t help but get angry when they don’t. And you can’t help but want to scream at them when the logic of the devout is to believe that no answer to their prayers is indeed it’s own answer. It’s a purposeful lesson in annoyance for people like me who need logic in their lives. While the film tries desperately to convince me that these people were strong and devout, certain less friendly words were rolling around in my head after the first couple of times these people refused to save their own lives. I know, that’s the whole point, but it’s a point lost on me almost completely.

And don’t even get me started on the arsehole that repeatedly fucks everything up for everybody only to believe that he’ll be forgiven time and time again – then he is! It’s a recurring theme across the entire film that beggars belief and makes you truly wonder as to the logic some of these people live by.

Narration is provided, for the most part, by Andrew Garfield’s Father Rodrigues as he writes letters back to the church in his homeland. It sets the tone as the story continues rather well. Unfortunately, toward the final act, narration is complimented with voice over from sources that interrupt the flow of story telling. On more than one occasion I mistook a voice in the head of a mentally and physically tortured priest for that of continued narration and completely lost the plot of what was going on because the voice sounded so much like an additional narrator that it became genuinely difficult to keep track of the story.

Silence has been a passion project of Scorsese’s for a lot of years, and that love and respect shows in the film I saw today. But it’s not the second coming of Christ as some may be preaching it to be. There’s no doubt that it’s a brilliant film, but it’s one I don’t think I need to watch again. I wouldn’t even necessarily suggest it be seen in the cinema. The big screen experience is all well and good, but you’ll miss nothing from watching it at home and you’ll gain the ability to pause the film and go take a piss without missing anything.