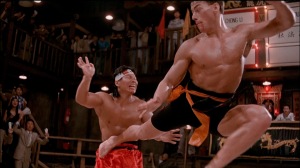 Welcome to the latest episode of the Failed Critics Corridor of Praise podcast. Originally, the CoP was set up to honour the work of icons and legends of the film world who have been overlooked by the academy and other major award ceremonies. Therefore, our sixth inductee – and long overdue as it may be – is the Muscles from Brussels himself, Mr Jean-Claude Camille François Van Varenberg; otherwise known to you and me as Jean-Claude Van Damme!

A professional karate and kickboxing champion in his youth, including being named a former Mr Belgium, JCVD moved to America in 1982 with dreams of making it as an action film star. After a succession of minor roles as an extra, including a credited role as ‘Gay Karate Man’ in Monaco Fever, his first big break came in 1986 playing the leg splitting, spinning heel kicking ‘Ivan the Russian’ in Karate Kid knock-off No Retreat, No Surrender. This was eventually followed by two of his most successful box office hits (and frequently named as fan favourites of course) in 1988’s Bloodsport and 1989’s Kickboxer.

Achieving his dream of becoming one of the most globally well known action film stars of his time during the early to mid 90’s, a series of personal problems thereafter resulted in the slow decline of his box office pull. Nevertheless, after starring in over 45 feature films as varied as DreamWorks animation Kung Fu Panda 2 and futuristic Albert Pyun b-movie Cyborg, we still love him and as such are honouring the good man with his induction to our illustrious Corridor of Praise. To help Steve and Owen immortalise the greatest living Belgian, beaming in all the way from Norway are self-confessed Van Damme-nuts Hollie and Richard Trondsen.

Join us again next week as we have an exciting crossover podcast with our friends at Black Hole Cinema and Wikishuffle. 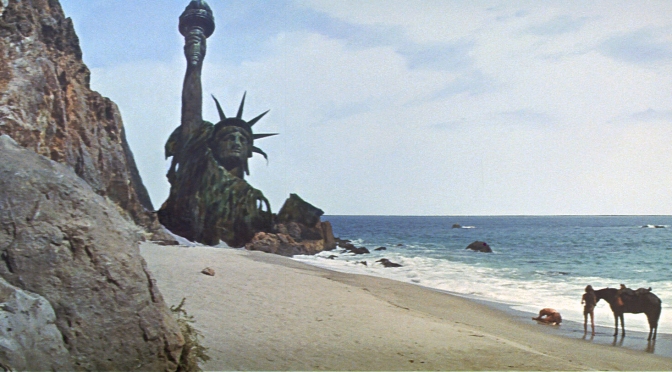 Our picks this week have been chosen by Owen Hughes, who managed to peel his eyes off the TV screen for 10 minutes to tell you what you should be watching. 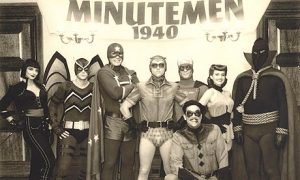 Zack Snyder‘s best film is our best film on TV for today. Pretty much a direct adaptation of Alan Moore‘s most notable work, the graphic novel ‘Watchmen’, only with more slow-motion fight sequences à la 300, an absolutely incredible opening titles sequence and a slightly altered ending. It’s long (the run time, not Dr Manhattan’s .. private parts) but worth it. A slick, cool and entertaining crime-drama-come-action-sci-fi-film.

I was tempted to pick Crank: High Voltage on 5* at 22.00 based on the fact the first film is so good. I’ve not seen High Voltage, therefore I’m defaulting to one of ITV4’s favourite (or, at least, most often played) films, Training Day. Featuring rookie cop Ethan Hawke and more notably the morally ambiguous cop Denzel Washington, who won an Oscar for his performance. Worth a watch if you’ve never seen it before, or a re-watch if you have!

“Yes you finally made a monkey out of meeeeee!” Unfortunately, there has never been a feature length musical of Monkey Planet. We will have to console ourselves with just this classic instead! The ultimate in sci-fi mystery films, with Charlton Heston leading the way as an astronaut who crashes on a planet overruled with apes, it’s always worth a watch and you can find my thoughts on a few of the sequels in my Decade In Film articles on the 70’s.

I’m not even picking this Die Hard rip-off because it’s a Van Damme film, there genuinely isn’t any better film on TV on Thursday! Knocked Up? Season of the Witch? Waterworld? Come on. At least with Sudden Death you can watch JCVD fighting bodyguards in an ice-hockey rink whilst terrorists try to overtake the … I did mention it was a Die Hard rip off, didn’t I? Same shit, different film.

“Shut up, Crime!” is a pretty good tagline! Director James Gunn’s foray into the Marvel Cinematic Universe is released next year with highly anticipated space-opera Guardians of the Galaxy. I imagine it will be somewhat lighter in tone than his previous darkly comic vigilante hero film, Super. Featuring “Dwight, from The Office US” (aka Rainn Wilson) as the slightly simple minded loser who just wants to be a hero, Ellen Page as a twisted sidekick, and Kevin Bacon as the smarmy villain, Super is a complex and violent satire. Not quite comedy, not quite drama, it’s a weird mix of genres that shows the potential Gunn has that will hopefully be realised soon.

The film that unexpectedly made Liam Neeson into an action star! Written by Luc Besson (Leon, Fifth Element, The Transporter) and directed by Pierre Morel, Taken is an action thriller that sees just how far one man will go to get his daughter back. Kind of like Commando, except for the 00’s rather than the 80’s (ergo it’s darker, it’s gritty and has hardly any one liners or muscle bound Austrians in it at all).

Best way to round off the weekend is always with a comedy, I think. This classic Jim Carrey vehicle has plenty of gags; it’s consistently funny and memorable with a very simple plot executed to perfection. One of those sorts of films that manages to stay funny no matter how many times you watch it.