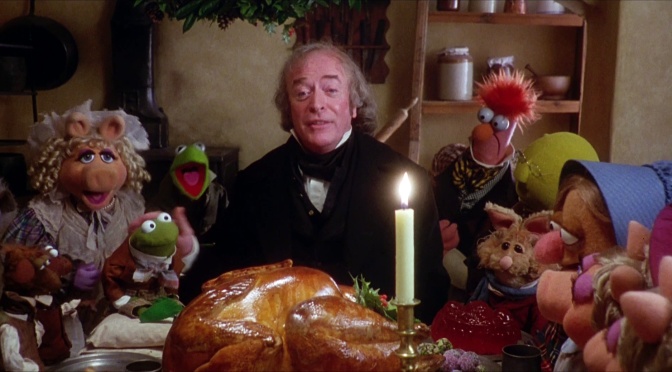 Every 23rd December, for the past three years, we have released our pick of the films being shown on freeview TV over the Christmas schedule. Last year’s choices were made by Paul Field, but returning to this Failed Critics Christmas tradition is site editor Owen Hughes. It practically guarantees less Carry On movies and probably more big budget blockbusters…

A couple of years ago, we were regularly posting lists of films that we would recommend for the week ahead. Oh, how times have changed. It seems these days that with the rise of Netflix and other streaming services, we’re less bothered about waiting for films to be shown on TV and instead watching whatever we want, whenever we want. Which is great! Except that it’s reduced these articles to annual posts.

Nevertheless, I’ve had a look through the TV schedule to see what tat is being pushed on us this year and tried to sift out some of the dross (although Steve will be pleased to know that The Santa Clause 3: The Escape Clause is being shown on Christmas day at 11am) and chosen five decent-to-good movies each day in the run up to 2016.

Finishing work early tomorrow? Want something to just stick on when you walk through the door to get you in a Christmassy mood? Well, stick Channel 4 on at 2.15pm and get straight into the classic It’s A Wonderful Life. Alternatively, if you’re sick of that bloody film already, try out the Robert Zemeckis animated A Christmas Carol over on BBC One at 2.20pm (it’s the version that I talked about on our Winterval Podcast this week). If you prefer your Scrooge’s to be real rather than cartoony, then stay up wrapping last minute presents until half past midnight for the 1951 version on Channel 5 starring Alastair Sim as the miserly grump. For those of us who relate a bit too much to Ebenezer, and can’t be arsed with this Christmas nonsense – bah humbug – then watch Karl Urban as the Mega-City One Judge, jury and executioner in Dredd on Film4 at 11.25pm or switch over to BBC Two five minutes later for one of Hitchcock’s best with Dial M For Murder.

We’ve had two of the most well known adaptations of Dickens’ novel, so why not start the afternoon with Channel 4 and give the other two a watch on Christmas day itself? Starting at 1.45pm with The Muppet Christmas Carol, they swiftly follow it up at 3.45pm with Bill Murray doing his thing in Scrooged. Later that evening, BBC Three have a double bill of animated movies that are safe to watch with granny, the kids, your other half or on your todd with Toy Story at 7.30pm and How To Train Your Dragon straight after it at 8.45pm. For something not at all schmalzy, sentimental or saccharine, I’m afraid you’ll have to wait until much, much later in the evening as the Coen Brothers change the mood entirely at 00.05am on ITV4 with the hilarious 90’s comedy The Big Lebowski. Or, like, that’s just my opinion that it’s hilarious, man… 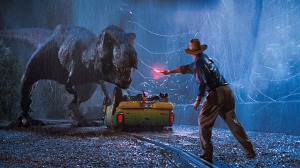 It may be somewhat twee, and I’m aware Wes Anderson isn’t for everyone, but if there’s a better film on TV for you to crawl out of your hangover with after getting up extremely late than Fantastic Mr Fox on Channel 4 at 11.25am, then I couldn’t find it. You can time it right to fit in a quick turkey sarnie and a fresh cuppa between it finishing and Jurassic Park starting over on ITV at 1.20pm, reminding you just how good the original was after Jurassic World swept the box office clean earlier this year. Really though, you should be watching the football. I believe that’s what Boxing Day was invented for. Once Final Score has finished, switch over to the horror channel at 6.40pm for the intense Spielberg thriller, Duel. Film4 can round off a very late evening with two modern British classics in crime thriller Sexy Beast (11.25pm) and Scottish sci-fi – and one of our favourite movies of 2014 – Under The Skin (1.10am).

That’s the Christmas movies well and truly out of the way now and it’s Studio Ghibli to the rescue as we kick off the day with one of their most celebrated works, the charming My Neighbour Totoro. Flick over to Channel 5 at 2.25pm to see one of the greatest movies ever made, John Ford’s most revered western, The Searchers, starring the Duke himself, John Wayne. Starting at 4.05pm on BBC One is a fantasy movie returning to where it all began with Oz: The Great and the Powerful, which is actually quite a nice, funny little family movie. You can choose how you’d like to round off the day with one of the following two. Personally, I’d go for one of my favourite discoveries of the year, Cronenberg’s body-horror Videodrome (the horror channel, 10.50pm) over Channel 4’s showing of The Inbetweeners 2 at 11.10pm, that both Steve and Callum tore to pieces.

You maniacs! You haven’t yet set your reminder! Ah, damn you! Goddamn you all to Hell! Well, at least until Monday morning at 10.15am when you switch on More4 and watch the original Planet of the Apes – AND THEN later that day you’ll be fully prepared for Film4’s 6.55pm screening of Rise of the Planet of the Apes. At 8.30pm on BBC Three is Kung Fu Panda 2 (read why that’s a good thing in Callum’s brilliant piece from his DreamWorks retrospective). For something a little more… grown up… Steven Soderbergh’s movie Behind The Candelabra (BBC Two, 9pm) features one of Michael Douglas’s best ever performances. Finally, if the forgettable Terminator Genisys hasn’t already disappeared entirely from your memory, then James Cameron’s Terminator 2: Judgement Day will wipe the last remnants from your mind on Film4 at 1.15am.

Channel 4, 2.30pm, Coraline. Film4, 6.10pm, Master & Commander. ITV2, 9pm, The Shawshank Redemption. ITV, 10.25pm, American Pie. My pick of the lot: Channel 5, 10.45pm, Erin Brockovich. That’s your lot. We’re running out of quality films on TV as the year comes to a close and I’m running out of patience trying to make these films sound interesting. However, if you think Tuesday’s films read a lot like a list of movies you’re glad that you’ve seen once but probably have no intention of ever watching again, just wait until you see what’s lined up for Wednesday…

We’ve got a run that starts with ITV2 at 5.45pm and Peter Jackson’s return to Middle Earth (that I actually thought was quite enjoyable) with The Hobbit: An Unexpected Journey. Film4 will help change the tone to something surprisingly fun with Denzel and Wahlberg teaming up for crime-comedy Two Guns at 9pm. Tune into the horror channel at 10.45pm for some Robert Rodriguez Grindhouse horror at Planet Terror. Furious 7 may have already been voted for in quite a number of people’s submissions to the Failed Critics Awards, but Channel 4 go back a couple of sequels to Fast Five at 11.05pm. Afterwards, prepare for Joy with Film4’s showing of The Fighter at 1.10am.

And here we are! New Year’s Eve and what better way to see off 2015 than with, er, well, The Adventures of TinTin on BBC One at 10.55am. (That was a rhetorical question. Don’t answer that.) More adventures are afoot with a rare screening of The Rocketeer on Channel 4 at 1.10pm and – a Pixar film guaranteed to make you cry – Up, over on BBC One at 2.50pm. I will be at a New Years party by this time (oooh get me) but if you fancy a night in watching movies to bring in 2016, then BBC4 honour Bob Hoskins, who sadly passed away this year, with Made In Dagenham at 10.55pm. Film4 are going slightly more modern and again doing the whole David O. Russell / Jennifer Lawrence / Bradley Cooper / Robert De Niro thing and are showing Silver Linings Playbook at 11.10pm.