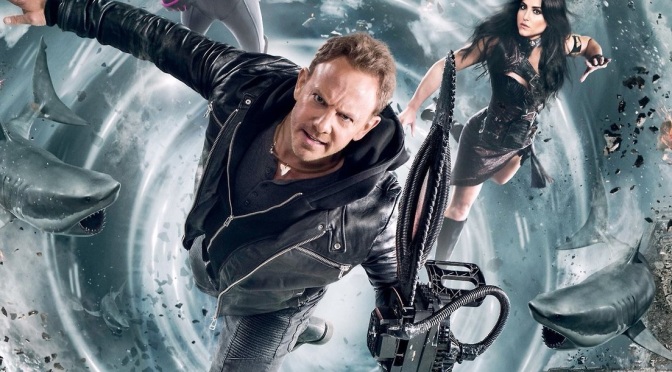 After a week-long hiatus, Steve Norman and Owen Hughes are back with a new episode and a slightly less conventional format than usual. With the premiere of Sharknado 5: Global Swarming airing on the SyFy Channel at the same time as the pair sat down to record, we cover the usual movie chat whilst dipping in and out of the Asylum’s unfathomably popular franchise.

END_OF_DOCUMENT_TOKEN_TO_BE_REPLACED

Wearing skimpy clothes and carrying a baseball bat with a miserable face carved into it with a compass, Steve “Har-leaky Quim” Norman is not about to let your perception of his sexual promiscuity define him as he wanders in to lead this week’s podcast, all about DC’s latest entry to their extended movie universe: it’s David Ayer’s rogues-done-good ensemble actioner, Suicide Squad.

Taking pot-shots at the film with his uber-cool Nerf missile launcher strapped to his bogey-covered sleeve, Andrew “Deadsnot” Brooker lends a slightly-crusty hand on this week’s episode. As does Owen “The Inch-and-less” Hughes, possessed by the spirit of a stroppy old misanthropic witch, but you probably can’t tell that there’s anything different about him compared with any previous podcast appearance in fairness.

Suicide Squad gets a once over from the ragtag bunch of misfits spoiler-free, before a post-credits review that delves more deeply into some of the finer points of the plot, should you wish to listen to us prattle on even longer.

We also preview Hunter Johnson’s upcoming indie-horror 2 Jennifer – the sequel to James Cullen Bressack’s 2013 indie thriller To Jennifer – shot entirely on an iPhone, as well as Steve’s rewatch of iconic American TV series Homeland, plus a first watch of this year’s folk-horror The Witch. The Asylum doesn’t escape criticism on the pod either after releasing yet another entry in the unbelievably popular franchise, Sharknado 4: The 4th Awakens. 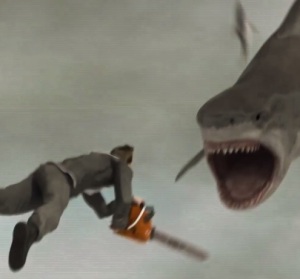 Nothing goes over the head of these podcasters. Not even humongous man-eating fish being hurled at them by a terrible sharkrnado. Our reflexes are too fast, plus we have chainsaws for hands.

James is absent, but not yet retired. Just lazy. Steve warns against watching the latest b-movie from The Asylum, Sharknado 2: The Second One. Meanwhile, Carole tries to hold it together after the announcement that Studio Ghibli may be closing to give us the low-down on a slightly more up-market Boyhood and Chef, whilst Owen reviews a hundred year old documentary, The Great White Silence, in light of the Sight & Sound’s recent awards.

Oh, and there’s some film about people saving the galaxy that’s out that you may have heard of? Guardians of the Galaxy? Oooh. Yeeeaaaah. It’s a doozy.

Join us next week for what will likely be a sentimental farewell as James makes his final regular appearance on the podcast. 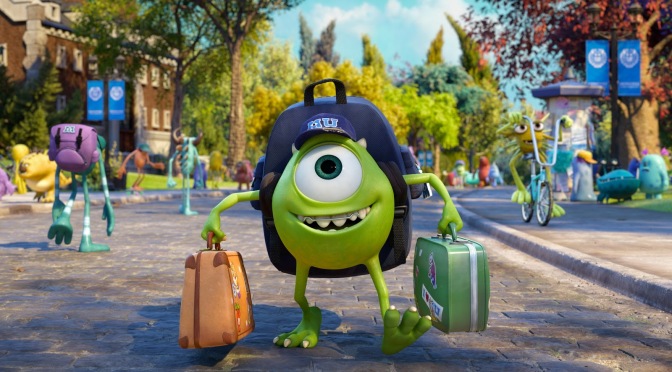 It’s a first for the podcast this week and we have a double main review. First we discuss Pixar’s latest sequel/first prequel Monsters University, and try to figure out if Pixar are getting lazy, or if everyone else has simply upped their game. After that we talk gigantic bad-ass robots and aliens in our review of Guillermo del Toro’s Pacific Rim.

Also this week, we discuss Sam Mendes’ return to the Bond franchise (Yay!) and Johnny Depp’s return to the Alice in Wonderland franchise (why?!), James has a rant about films from The Asylum, particularly the so-bad-that-it’s-fucking-terrible Sharknado, and the other lads watched some films as well. Guess which forgetful old bastard wrote this.

Join us next week as we review the final film in the Wright/Pegg/Frost Cornetto Trilogy, The World’s End.