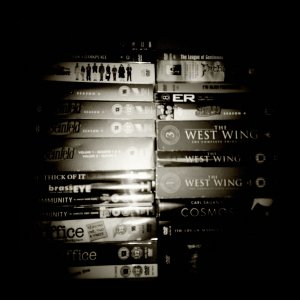 The problem with films is that they’re ever so long.

Maybe if they were 90 minutes as standard (alright, with the odd exception for Tolkien based adaptations) I’d be on board. After all, 90 minutes was good enough for High Noon, Airplane, Stand By Me. But films seem longer than ever these days. If you go to the cinema, factoring in the obligatory half hour of adverts, that’s the whole evening written off. And if you watch a film at home, well, my sofa is so comfortable, and I’m only going to shut my eyes for a second.

I like watching trailers. It’s like seeing a whole movie, with all of the drama and none of the time commitment. And, although I’ve probably never mentioned it before, I also love TV.

I’ve seen most of my favourite films a handful of times. But if you tot up all the time I’ve spent watching The West Wing (which is only one and a half viewings of seasons 1 – 7 , plus the occasional episode here and there) it comes to over an entire week of solid TV! And, let me tell you, there are few better ways to use up seven days of your year. Bartlet for America.

Yes, I once went to the hairdressers and asked for a ‘Rachel’. But I was 14. Who else was I supposed to look to as a role model? I’ve grown up with some of these shows. ER was on air for the best part of 15 years. How can you invest so much time in something without forming an emotional attachment? You have your inevitable rough patches (ER pushed its entire fan base to the very brink with a certain chimpanzee surgery storyline) but ultimately you know you’ll stick it out until the bitter end, before enjoying a suitably soppy final episode (Seinfeld notwithstanding) and mourning its loss from your viewing schedule for a long time to come.

Some might see me as kind of pretentious, but I just like to think I take my TV seriously. When Friends ended we had a small gathering of, well, friends over to watch the finale together. I served food, but cleared it away hours before the broadcast, lest anyone ruin one last Ross & Rachel moment for me by crunching too loudly on a crisp. When 24 made the leap from BBC to Sky (killing off the excellent spin-off Pure 24 in the process) we eschewed the entire following season, instead waiting for the DVD release because we couldn’t bear to see our precious CTU tainted by adverts. Thank god Sky+ came along when it did. I have a self-imposed ban on Arrested Development quoting on twitter, as I find it difficult to stop. I think of Meadow Soprano every time I parallel park, long to swear as competently as Susie Greene, and have spent at least two hours of my life practicing the Troy & Abed handshake with my husband. I’ve been known to chastise people who write off The Office (US) without having seen it, and am already judging those who will inevitably dismiss Parks & Recreation when it finally hits UK screens this Spring. I watch my favourite TV shows without my phone in my hand. And there isn’t much I do these days without my phone in my hand. Including writing this.

The majority of my disastrous dalliances with Netflix end with me flicking back to my recently watched list, and highlighting a comedy or drama series I’ve seen before. The beauty is that, when one episode ends, you can just stare unblinking at the screen and wait for the next one to kick in without even touching the remote. It’s kind of like watching a film. But a film made of TV. So it’s better. 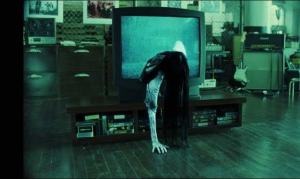 Welcome one and all to this week’s Failed Critics Review, where we’re doing something a little different – talking about TV instead of film.

You’ll get to hear what we think about programmes we’ve been watching this week, as well as the shows we think you really should be watching.

Don’t worry – the Review returns to normal next when we review Paranormal Activity 4.