After a winter hiatus, James and Paul are back with a new episode of Underground Nights.

In this episode, the pair take a look at James’s secret passion that he’s finally telling the world about: romcoms. The boys count down their top five in the genre, offer an early sneak peak review of the new Mark Murphy comedy, For Love or Money, and Paul forces more recommendations on his co-host.

There’s even time for James to review new release, Love, Simon, and they are still banging on about why Oscar films are boring. Don’t forget to subscribe to the show, leave us a review on iTunes or wherever you get your podcasts, and for UK audiences, check out Mullinger’s live stand up special for free on Amazon Prime, Anything is Possible.

Paul Field and James Mullinger are back with another episode of their cult film podcast for a special Brit-flick edition, focussing particularly on their favourite (and least favourite) British gangster and crime movies, from football hooligans to Essex boys and all that’s in between (as long as it wears a sovereign ring and is a bit nawty oi oi).

END_OF_DOCUMENT_TOKEN_TO_BE_REPLACED

The tinsel is down, the tree is in a skip, the annual bottle of port is long gone and only the orange ones remain in the tub of Quality Street, but 2016 has one last hurrah as hosts Paul and James take a look back at their favourite films of the past 12 months.

First they tackle the results from the Failed Critics Awards 2016 and discover which hugely popular titles they’ve managed to completely miss. They discuss their biggest surprises, biggest disappointments and hopefully don’t alienate most of their movie-going listeners by rubbishing the biggest critical hits of the year.

Finally, they each countdown their three worst films – and the lads have their sights firmly set on those with money and talent who’ve managed to balls things up spectacularly in 2016. There’s also time for a round-up of the top 5 movies of the year. What a wonderfully mixed bag it is too!

Support the podcast by streaming the podcast from our hosts Acast, subscribing on iTunes and leaving us a review and rating, or sharing this page with all of your friends – and some people who aren’t your friends too, just for good measure. 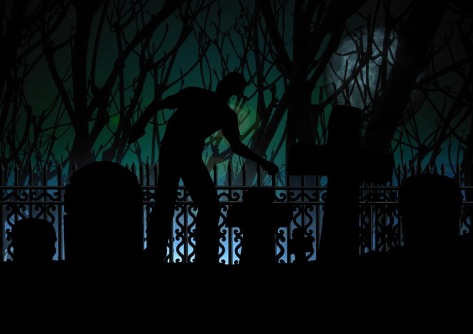 Brushing the cobwebs out of the way through the passage right at the back of the Failed Critics library, where nobody has been for centuries or more, we’ve found an ancient book containing spells for raising the dead.

Using our powers wisely, we let Steve Norman, Owen Hughes and Tony Black conjure up some deceased actors, putting them straight back to work in brand new movies pitched on this very episode of the Failed Critics Podcast Halloween special.

Resurrecting the dead in a triple bill is about as creepy as it gets this year, with What We’ve Been Watching ditched in favour of reviewing the new release Jack Reacher: Never Go Back, and a quick chat about the brand new semi-biographical comedy The Comedian’s Guide to Survival, starring James Buckley (The Inbetweeners). Comedian’s Guide is co-written by and based on the life of our very own James Mullinger from Underground Nights – check out their latest episode for some great background information on the making of the hilarious film.

Elsewhere on this podcast, the Failed Critics found time to bring back the quiz with Owen in the driving seat. News was trailer heavy, packed with discussion about the new Guardians of the Galaxy 2 and Logan trailers.

We’ll be back as normal next week with a review of Doctor Strange, but in the meantime keep an eye out for a brand new episode of our sister gaming podcast Character Unlock – as well as a round-up from this year’s Cambridge Film Festival, the longest running film festival in the UK!

Welcome to this special episode of Field and Mullinger’s Underground Nights all about the brand new comedy film The Comedian’s Guide to Survival, the semi-biographical story of James Mullinger.

Written and directed by Mark Murphy, featuring The Inbetweener‘s star James Buckley as Underground Nights’s co-host Mullinger, Comedian’s Guide follows the trials and tribulations of a hapless pant-wetting stand-up juggling his dreams with paying the bills as a magazine writer.

In this hour-long podcast, Mullinger chats with Paul Field about how true to life the film’s depiction is, how the movie came about, as well as some reminiscing about life as a journalist for GQ and nights in comedy clubs.

The Comedian’s Guide to Survival is released in cinemas nationwide on Friday 28 October 2016. Follow on Facebook and Twitter to keep up to date with all the latest news.

DIRECT DOWNLOAD LINK (right-click and save as)
Support the podcast by streaming the podcast from our hosts Acast, subscribing on iTunes and leaving us a review and rating, and sharing this page with all of your friends – and some people who aren’t your friends too, just for good measure.

Emerging from a flaming toxic waste drum ready to avenge the podcasting world, potty-mouthed Paul Field and feminist comedian James Mullinger are back – and they’re bigger, better and uglier than ever! Well, at least two of those are true.

Joining your Underground Nights hosts in the fourth episode of the podcast is the iconic Troma producer, director and all-round legend that is Lloyd Kaufman. If that weren’t enough, Troma Institute for Gifted Youth inductee Dylan Greenberg also takes part in the very personal interview. Lloyd and Dylan discuss everything from how Kaufman got into films, to what they really think about Netflix and why Troma NOW is better.

To top it all off, Dave Valentine (aka Crisp Packet Dave) and Mullinger bond over their love for VHS, whilst Paul holds an impromptu quiz… and not a single question was about laser-disc! There’s also enough time to chat about VHS Forever before Dave’s sexy voice gets all too much.

Support the podcast by streaming the podcast from our hosts Acast, subscribing on iTunes and leaving us a review and rating, and sharing this page with all of your friends – and some people who aren’t your friends too, just for good measure.

The lads are back!

After a brief hiatus whilst James Mullinger was busy doing actual paid stand-up comedy, rather than fannying around on the internet talking about films with Paul Field, our Underground Nights duo return with a cult comedy special.

They tackle the outrageous Danish road trip movie Klown and try and look back on James’s childhood obsession with the little known Scorsese feature After Hours.

There’s news – lots of news – as we discover the outcome of James trying to flog more gig tickets than Jerry Seinfeld, they reminisce about over-indulging in the 90’s, tackle the Cannes film festival and go misty-eyed over the Carry On movies.

They end by discussing some listener suggestions and deliver their own Top 5 personal favourite cult comedy movies – and as ever, they discover ever more things they have in common and parallels in their lives.

Check out Mullinger’s most riskiest stand-up comedy routine ever in the YouTube clip below!

Back by popular demand, it’s the second episode Field & Mullinger’s Underground Nights. Once again, your hosts Paul Field and James Mullinger are delving into the depths of cinema to dig out some of the best documentaries they can find. From the phenomenon of the Netflix series Making A Murderer, to the ground-breaking Paradise Lost, they’ve got it covered.

Joining Paul and James to discuss the world of documentary film-making is Cleanflix co-director Joshua Ligairi. As well as sharing his thoughts on some of the crazy conspiracies behind Making A Murderer, Josh also talks about his own work past and present, including the upcoming Plan 241.

There’s also time for the trio to quickly run through the recent Oscar nominations and explain how Alan Rickman inadvertently funded one member of the team throughout his education!